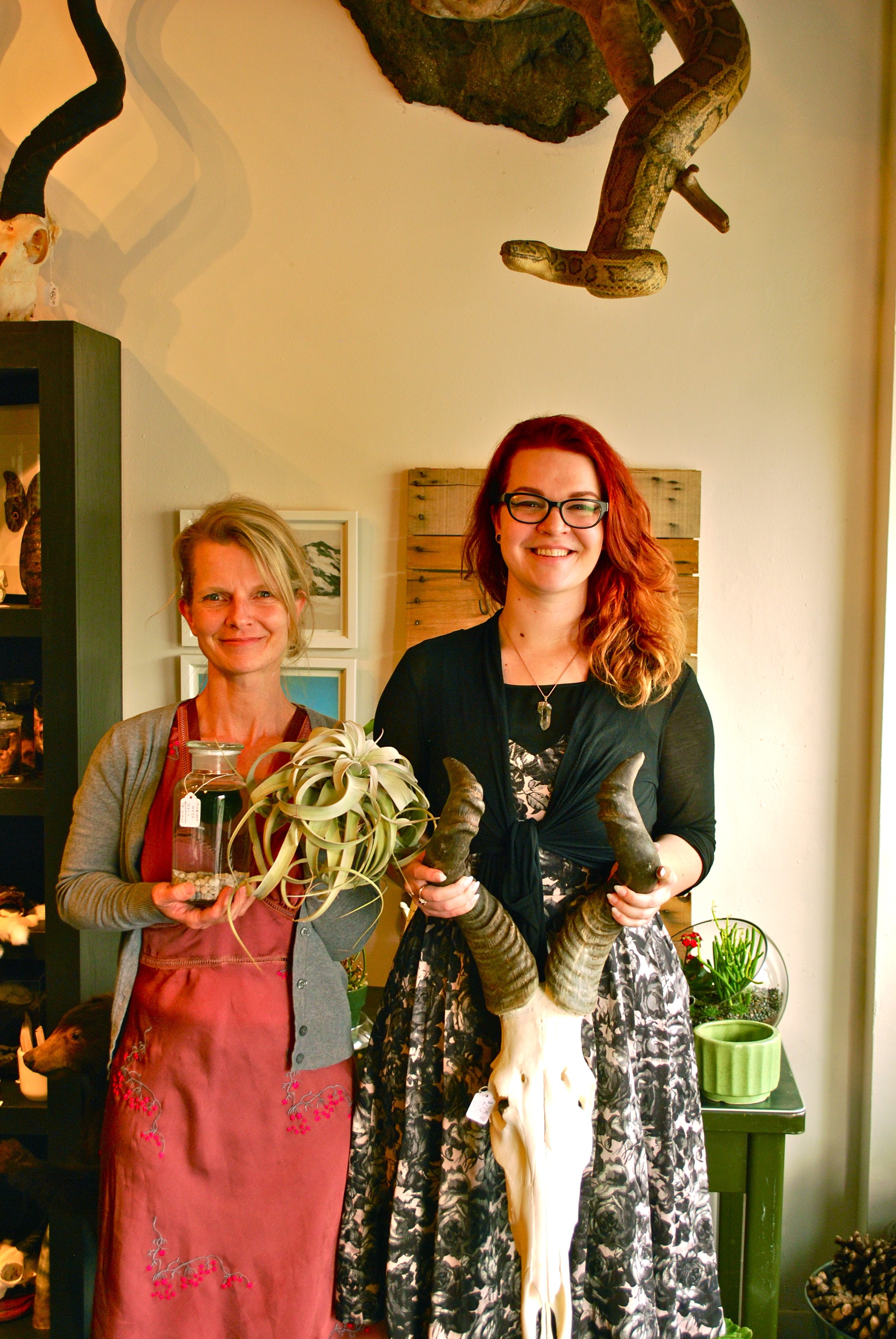 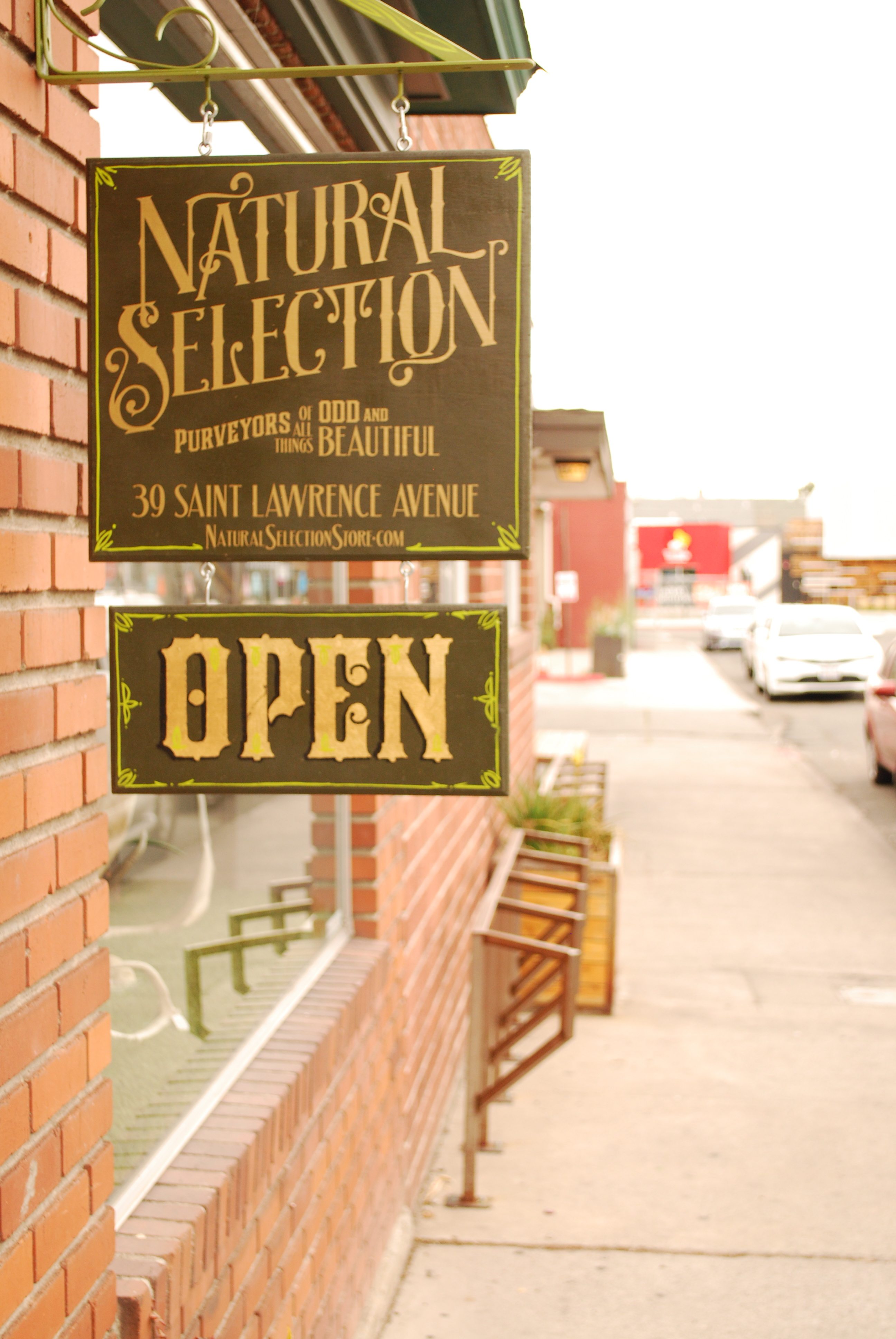 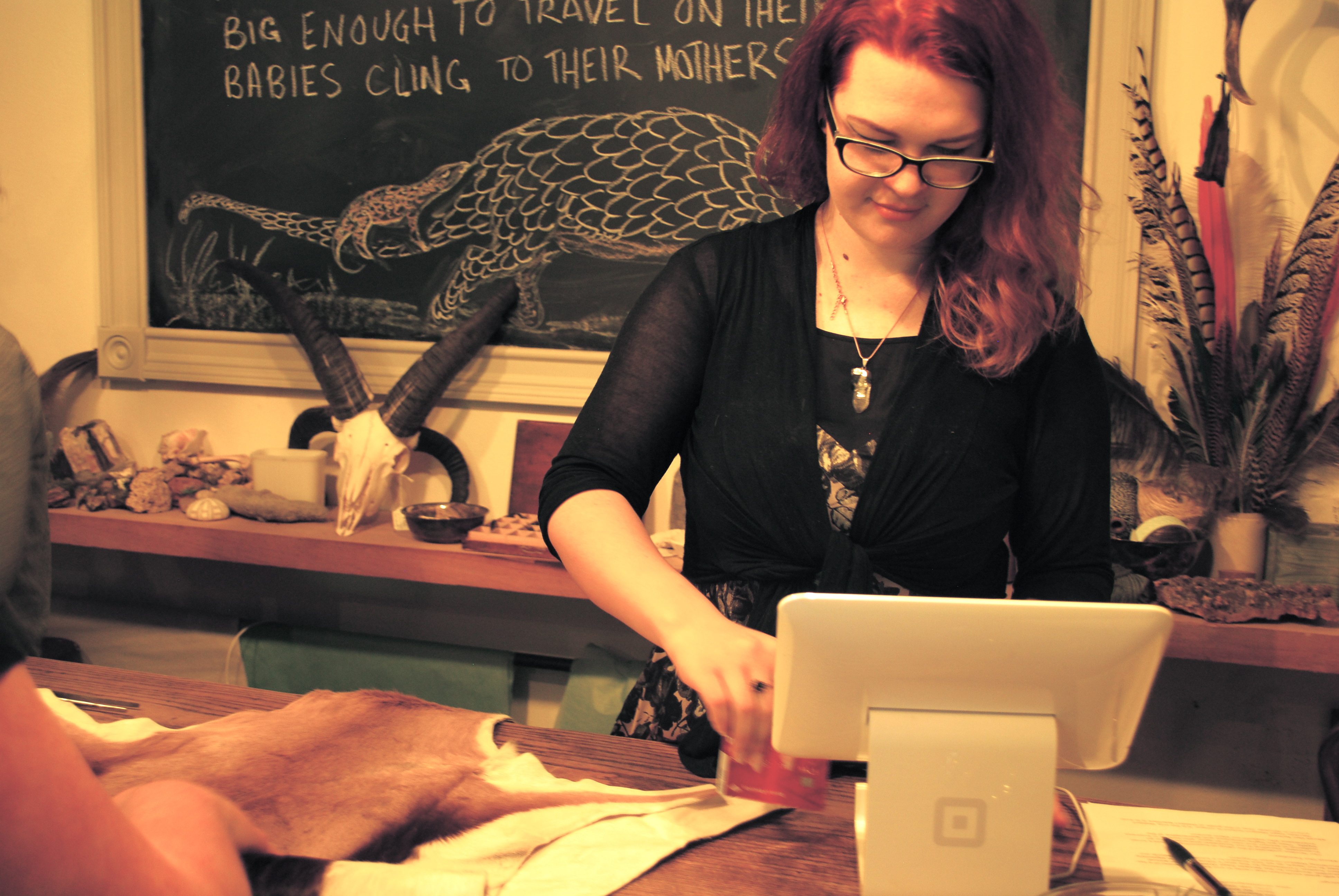 “The process starts with a dead animal,” said Emily Felch, owner of the Midtown store Natural Selection. “You next have to skin it out–and then you tan the pelt. This preserves it. The hide is then stretched over a pre-made foam form–this is where the term ‘stuffed’ came from–the next step is the positioning of the skin over the form. Once you have the skin stretched over your form you sew it up and let it dry. Then you have a specimen that will be preserved hundreds of years into the future when properly cared for.”

It isn’t something you hear talked about often, but the process Emily just described is called taxidermy, and it’s the main product at her new store located in Reno’s Midtown District, Natural Selection. However, Natural Selection isn’t just about taxidermy, and they sell a variety of unusual products including Japanese moss balls, succulents, and various species of carnivorous plants.

Emily owns and operates the store along side her mom, Marcy Felch. Emily’s passion is taxidermy, Marcy’s passion is gardening, and together, they’ve formed a unique store where taxidermy and gardening mix together in a collaboration of the unusual.

“We get to feed our habits through the store,” said Marcy. “Emily has been collecting taxidermy for quite a long time; many of the pieces here are hers.”

Emily, 19, is young for a store owner, but her experience with taxidermy, which would eventually inspire her to open Natural Selection, began very early.

“I’ve been in to taxidermy since I was in 7th or 8th grade,” she said. “I read a biography on Theodore Roosevelt, and one of his hobbies when he was little was taxidermy. So I figured I’d give it a shot. I was on my way home from baby sitting and I picked up a road-kill marmot, skinned it out with a pair of scissors and a swiss army knife, and I’ve been in love ever since.”

Despite sounding like a violent process, Emily goes out of her way to ensure all of her merchandise died of natural causes and wasn’t killed intentionally. This comes from a deep respect for animals, which is one of the main themes behind the store itself.

“We love animals,” said Emily. “And I know taxidermy is a really weird way to show that love, but it’s more from a scientific aspect. Where else will you get to be this up and close with an animal and study it? That’s one of our biggest things–to build reverence for nature.”

An interesting aspect of Emily’s store, is that most of the merchandise were, at one point, alive and walking around. Each piece has a story as to how it lived and how it died. In fact, Emily makes it a point to learn, when possible, about each piece’s story and is eager to share them with anyone interested. One of the more unusual stories is that of a stuffed snake that hangs on the wall by the entrance.

“I actually got it from the taxidermist who mounted it,” said Emily. “And he told me the back story on it. It was part of a circus act in the 1960s, and it had a heart attack in the middle of one of the acts and collapsed.”

When pieces don’t have a story, it isn’t uncommon to hear patrons in the store talking about different pieces and providing their own knowledge on the subject. During the interview for this article, a toxicology professor from the University of Nevada, Reno came in to buy a “Poorly Taxidermied Puffer Fish” and started to talk to Marcy about how cultures used to use puffer fish poison to create human zombies.

“We’ve met so many really neat people,” said Marcy. “And it’s just opened up a whole other world. It’s so fun to hear things from other people too. A lot of people come in and teach us things, like biologists from the University.”

Professors, kids, or college students–there is no pinning down the typical customer of Natural Selection. Natural Selection sees a wide variety of people on any given day, and Emily is never certain what to expect next.

“We’ll have a grandfather and his grandkids come in,” said Emily. “And then the next person will be a girl with face tattoos. It bounces all around, but all of them are so nice.”

Emily didn’t know what to expect opening her store in a Midtown location, but since opening, Emily has been well received and is pleasantly surprised to find quite a few people share her interests.

“It’s really nice,” said Emily. “Because I thought I was the only one interested in this sort of a thing. But, of course, I found out since that there’s lots of people who share the same passion I do, and I really enjoy it, especially in Midtown. We’re here to keep it weird.”

Along with Natural Selection’s eclectic customer base, Emily is never sure what her most popular product is going to be. Sheep brains preserved in jars are reserved by her customers almost as quickly as she can stock the shelves, but one product in particular sells the most, Marma Moss Balls.

“Marma Moss Balls form in cold streams and rivers,” said Emily. “And over time keeps growing into a ball. They’re very popular in Japan as pets, and many of our customers have bought them for that purpose as well. Our oldest one is 25 years old.”

Whether it’s taxidermy, succulents, carnivorous plants or moss-ball pets Reno’s Midtown now has a place for it, and that place is Natural Selection.