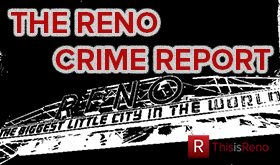 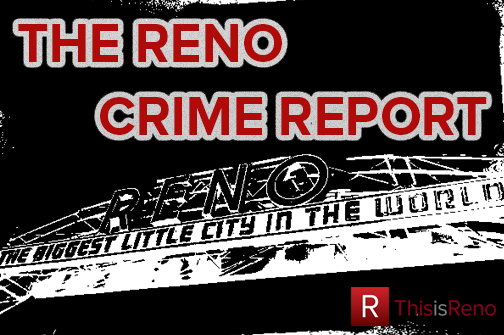 — On December 3, there was a residential burglary, believed to be the first in a new string of residential burglaries throughout Reno and Sparks. Witnesses have reported seeing two young Hispanic males going into peoples’ yards and removing window screens in an attempt to get into homes. The Reno and Sparks Police Departments would like to remind residents to be extra aware of their surroundings and recommend securing windows with a dowel to prevent them from being opened.

— On December 3, an officer at UNR responded to a petit larceny of bicycle tires at 21 UNR Way.

— On December 4, there was a disturbance at a home on North Arlington. The homeowner answered his door and the suspects pushed their way in, punching and stabbing the victim before fleeing. The victim’s injuries are non life threatening. The three suspects are described as follows: #1, W/M/A, mid 40s-50s, 5’11, 180 pounds, blonde buzz cut, goatee; #2, W/M/A, 5’10, large build, last seen wearing a black jacket with tan sleeves and a red ball cap; #3,  W/M/A, 6’1, large build, last seen wearing black clothing. There is no description for a possible fourth suspect.

— On December 4, an arrest was made in an attempted robbery and child endangerment case on North Sierra Street.

— On December 4, a community notification was released by the Sparks Police Department regarding a registered sex offender moving into the community. He is a Tier III high risk sex offender and will be residing in the 1200 block of East Fourth Street. He is currently unemployed. He is in compliance with all sex offender laws and not currently wanted by law enforcement, and is being supervised by the State of Nevada, Department of Public Safety, Division of Parole and Probation.

— On December 4, an officer at UNR responded to a petit larceny of a bicycle at 32 UNR Way.

— On December 4, an officer at UNR responded to a suicidal subject at Argenta Hall.