Prepare for winter storms with City of Reno’s help 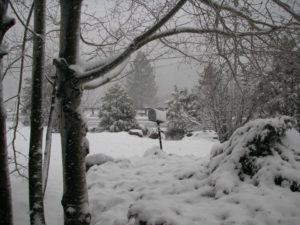 This past week’s storms were a great reminder that winter is fast approaching, and residents should be prepared for snow and ice.

The City of Reno has a number of resources to help Reno area residents stay safe and informed this winter season.

New this year from the Public Works Department are interactive maps that citizens can use to learn about the City’s snowplowing priority program.

Those maps, plus more information about the City of Reno’s and State of Nevada’s snow and ice plans, are available at Reno.gov/Snow.

Besides knowing when the City will be treating and plowing roadways in your area in the event of a major snowstorm, residents can use the following information and safety tips:

Supplies of materials used for ice and snow control such as roadway salt and sand used to aid with added traction on slick roads have been stockpiled. Snow-removal equipment such as plows, sanders, salt brine distributors and front end loaders have undergone a seasonal inspection and maintenance program.

The City also utilizes a salt brine solution on the roadways during the winter season. Residents have expressed concern in the past, but these are not harmful chemicals. The solution consists of clear water mixed with a low concentration of sodium chloride (salt).

Before a snow or ice event, City crews will pre-treat high-priority streets, bridges, and inclines with salt brine. This can be done up to two days before a storm. The use of salt brine greatly reduces the bonding or packing of snow and ice to the road surface, which makes it easier for removal and is more cost effective. See these Salt Brine FAQs for more information.

Public Works, as well as the Reno Fire Department and Reno Police Department, reminds drivers to reduce their speed on slick or snow-covered roadways, especially when entering intersections and executing sharp turns; keep adequate distance from the vehicle in front of you; and be sure your vehicle is in good mechanical condition and equipped with proper tires, snow chains and an emergency supply of food and water.

Finally, if possible, wait until roadway conditions improve before venturing out.

The City of Reno government’s mission is to efficiently provide the highest level of service responsive to our community. In order to achieve that purpose, the Reno City Council has established four key priorities: Provide Safe and Livable Neighborhoods, Provide Efficient and Responsive City Services, Promote a Sustainable and Vibrant Economy, and Enhance Communications and Community Engagement. To learn more about the City of Reno, visit Reno.gov or call 334-INFO.