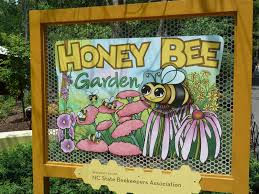 As the winning project, Bee Habitat, a group of local volunteers dedicated to creating pesticide-free bee gardens in northern Nevada, will receive $2,500.

With the funds, Bee Habitat will partner with Great Basin Institute at Galena to develop a pesticide-free bee garden and pollinator school curriculum centered around the Galena Creek Visitor Center on Mt. Rose Highway in Reno, Nev.

The project will use bee-safe plants (plants never treated with neonics), as well as drought tolerant plants with minimum maintenance for county and volunteers. The project is scheduled to be completed in early 2015.

“One of every three bites of food eaten worldwide depends on pollinators, especially bees, for a successful harvest,” said Sandy Rowley, founder of Bee Habitat.

“However, for much of the past 10 years, beekeepers, primarily in the United States and Europe, have been reporting annual hive losses of 30 percent or higher. The main cause of bee decimation has been determined to be the extensive use of a class of pesticides known as neonicotinoids, now the world’s most widely used insecticide. Neonicotinoids are used by home owners for their gardens as well as professionals, and there is a general lack of knowledge about the pesticide and how to avoid its use,” Rowley continued.

The Reno/Sparks Association of REALTORS® is an organization providing services to its members to ensure their success as real estate professionals, as well as protecting and promoting the consumer’s dream of homeownership. For more information visit www.rsar.net.