The Summit lights up with Whitney Myer performance Sat., Nov. 22, 2014 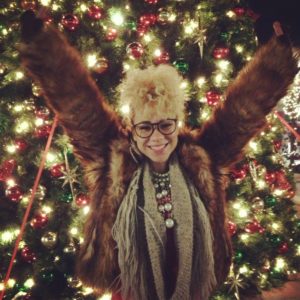 Join The Summit as the outdoor fashion center kicks-off this joyous holiday season with a free holiday concert headlined by Whitney Myer. The ninth annual “Lights Up” celebration is set for Saturday, Nov. 22 from 6 – 8 p.m. This highly anticipated event, sponsored by Renown Children’s Hospital, will include the official lighting of The Summit’s holiday decorations and tree, a fireworks show, giveaways, enter-to-win prize packages and a special “First Gift of Christmas” presentation by Santa.

Myer, a former “The Voice” contestant, will be performing many holiday classics as well as some of her own hits. In 2012, Myer earned invitations from all four judges to join their teams on the national competitive singing show “The Voice,” which is a very rare occasion on the show. Following the competition, Myer released her first solo EP focusing on her musical prowess as a song writer and has since appeared in both the United States and Canada at events like The Bounce Festival and SXSW.

“This is an awesome community event, and we are thrilled to partner with Renown Children’s Hospital again,” said Dan Davis, marketing manager at The Summit. “We’ve changed the layout a bit this year to provide more of a concert feel with greater access to the stage, and we’ll have Reno Street Food there serving warm snacks and treats. Whitney will be amazing, and the fireworks show is sure to impress as well!”

Following the celebration, activities continue into the night, including photos with Santa at the North Pole inside Dillard’s.

The celebration will take place in the Holiday Plaza next to Vans and Tilly’s, and Summit Blvd. will be closed for the event from Verizon Wireless to Tangerine Aveda beginning at 2 p.m.