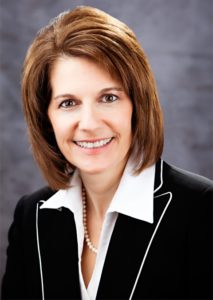 Nevada Attorney General Catherine Cortez Masto, whose final term ends this year, has been selected to serve as the executive vice chancellor for the Nevada System of Higher Education (NSHE) beginning January 1, 2015.

“Catherine Cortez Masto brings a wealth of experience, knowledge and insight that will enhance our efforts to advance higher education in Nevada,” said Chancellor Dan Klaich. “She will be an outstanding addition to our leadership team.”

In this position, Masto will serve as chief operating officer for the NSHE Las Vegas office and will assist Chancellor Klaich in establishing, implementing and advocating for governmental, administrative, and external relations strategies for higher education. She will continue to advocate for the prevention of violence against women and children in the areas of domestic violence, sexual assault and human trafficking which have been hallmarks of her term as attorney general.

“I have enjoyed working with Attorney General Cortez Masto over the last four years and I am pleased she will continue her career in public service as executive vice chancellor for the Nevada System of Higher Education,” said Governor Brian Sandoval.

“I am thankful for the amazing opportunity to serve as the attorney general and honored to work side-by-side with such great employees who make Nevada a better place,” said Masto. “NSHE provides me with a thrilling opportunity to continue to work on behalf of Nevadans and advance the Board of Regents’ vision for educational improvement in order to ensure a brighter future for our state.”

Masto was also recently named as a member of the 2014-2015 Hunt-Kean Leadership Fellows program, which seeks to partner with leaders who have the knowledge, skill, and will to be effective, reform-minded education policymakers at the state level. The program intends to help political leaders develop a deeply rooted vision for educational improvement.

Masto, an attorney admitted to the bar in Nevada, served as Nevada’s attorney general for two terms prior to joining the NSHE.

“In so many capacities, Attorney General Masto has served Nevadans with distinction. It is clear that she has a deep understanding of Nevada, all of its citizens and its economy, which will be invaluable as we try to more closely align higher education with the needs of Nevada,” said Kevin Page, chair of the Nevada Board of Regents.

Before her service at the Attorney General’s Office, she worked as an assistant county manager for Clark County, Nevada. She also served as a federal criminal prosecutor for the United States Attorney’s Office in Washington, D.C. and was chief of staff to Governor Bob Miller.