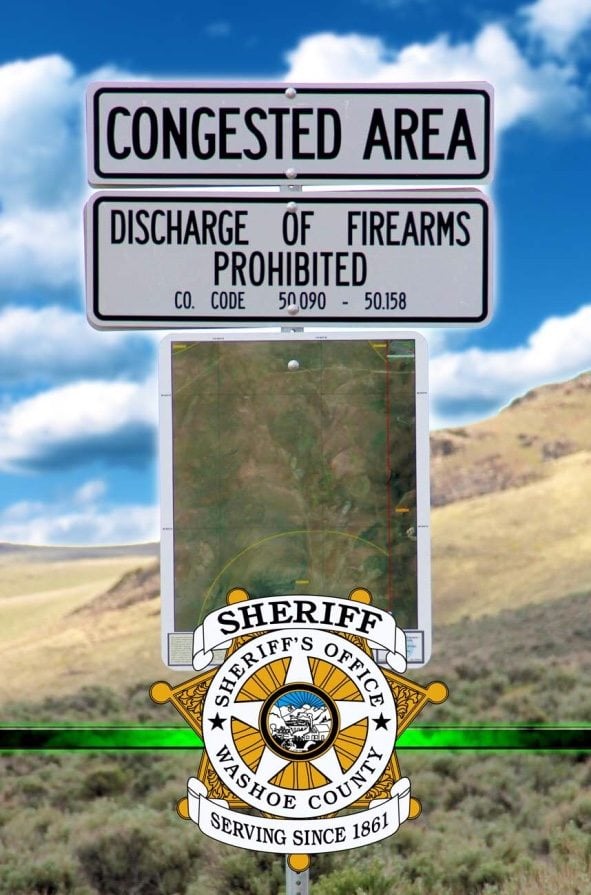 The Washoe County Sheriff’s Office continues to receive calls from residents living near open space areas about recreational shooting near homes. Recent areas of concern include the east end of Chickadee Drive in Lemmon Valley, the hills just west of Spanish Springs and the Hoge Road area on the east side of Peavine Mountain.

As we are in the middle of dove season, and with chukar and quail seasons scheduled to open later this month, the Sheriff’s Office would like to remind recreational shooters of county ordinances governing discharge of firearms as well as “congested area” restrictions.

These ordinances, along with information and maps highlighting congested and restricted areas, can be found on the Washoe County Sheriff’s Office website at WashoeSheriff.com.

As part of an ongoing initiative by the Sheriff’s Office to increase public awareness about congested area restrictions, informational signs have been posted in high occurrence areas throughout the county. These informational signs include a map that highlights the prohibited area, and both the 1000 foot restricted and 5000 foot unrestricted shooting areas.

In fact, anyone who plans to recreate in these areas should familiarize themselves with these restrictions and maintain awareness of activity taking place in their surroundings while in the outdoors.

Residents with concerns about activity that may be illegal or dangerous should immediately call the Sheriff’s Office at 785-WCSO (9276).