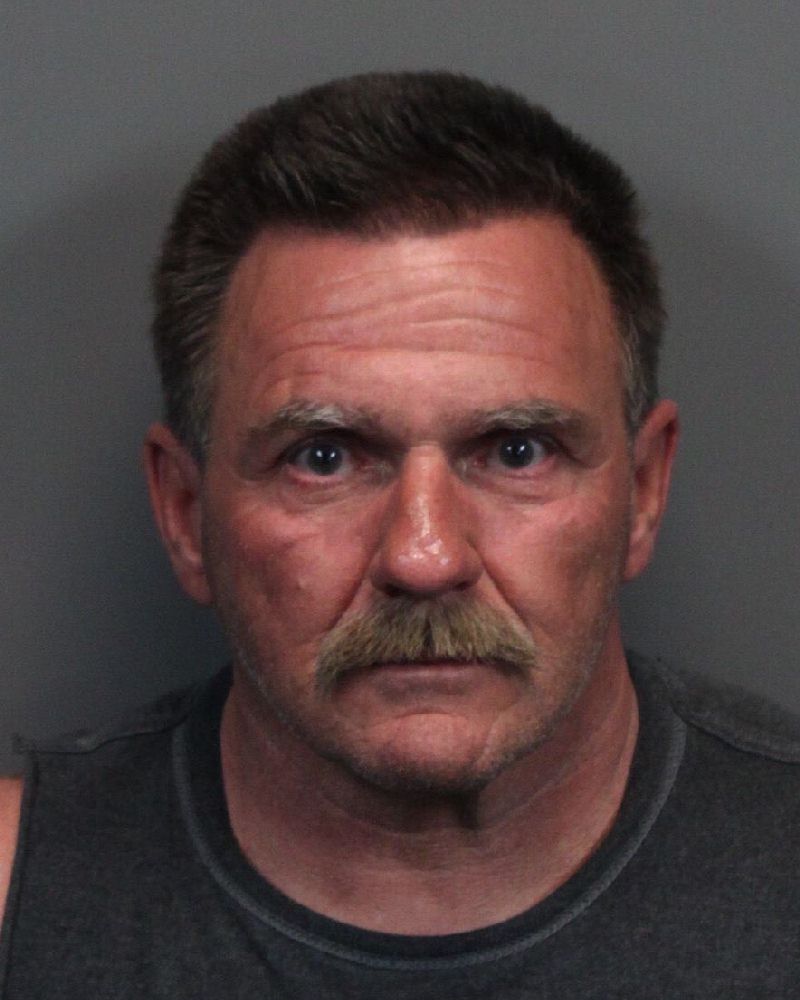 Deputies responded to the railroad tracks outside of Gerlach shortly after 11:00 a.m. on Monday, October 20, 2014 on a report that two men were attempting to steal the copper wiring from poles alongside the tracks. Union Pacific has reported a number of wire thefts from alongside the tracks in that area during the past six months.

Shortly after the initial dispatch, one of the Sheriff’s Office Gerlach Deputies spotted the suspect vehicle and attempted to make a stop. The suspect vehicle then fled at a high rate of speed. As the Deputy attempted to follow the vehicle, additional patrol units, along with three K9 Units and the RAVEN helicopter were dispatched to the location. Pyramid Lake Tribal Police also responded to assist with the search for the two suspects.

As units were responding, reports of suspicious activity from residents helped track down one of the suspects, Brian Ferris, hiding behind a shed not far from the Gerlach High School. Ferris was taken into custody without incident.

K9 Units were able to locate the suspect vehicle, along with some of the stolen property, behind the gas station at Bruno’s. Additional investigation led to a residence where the second suspect was believed to be hiding. Deputies requested and were granted a warrant to enter the property where they located suspect Ellis Baldwin hiding behind a false wall. Baldwin was taken into custody without further incident.

Baldwin’s charges include Grand Larceny, Theft of Scrap Metal, Possession of Stolen Property, Driving without a License and Attempt by a Driver to Disobey a Peace Officer (eluding). Baldwin is currently in the custody of the Washoe County Detention Facility.

Ferris is being charged with Grand Larceny, Theft of Scrap Metal, and Possession of Stolen Property. He is still being processed and a mug shot is not available at this time.

Tips to help protect against metal theft from the Staying Safe page on WashoeSheriff.com: