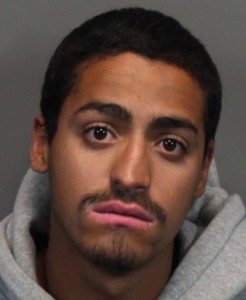 Shortly after 8:30 pm on October 7, 2014 Reno Police Dispatch received a call of a victim of a stabbing in the area of Mayors Park located at 14101 Stead Blvd, Reno, NV. Arriving Officers located a male victim who had several stab wounds to his back. The victim, later identified as 30 year old Reno resident Carl Goode, was transported to RENOWN for his injuries but succumbed to them at the hospital.

On October 8, 2014 after interviewing several witnesses and investigating the scene of the altercation, Reno Police Detectives were able to identify the involved persons in this incident. Upon the conclusion of the investigation, a single subject was arrested for one count of open murder in the death of Carl Goode and no other suspects are being sought at this time.