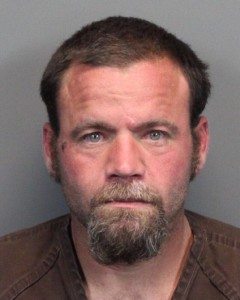 n October 23, 2014 at approximately 1930 hours Reno Police Officers responded to the 400 Block of Virginia Street on the report of a fight. It was determined that three adult males were involved in an argument that became a physical altercation involving a knife. The altercation escalated and resulted in substantial injuries sustain by two of the males involved. Both males were transported to Renown Medical Center where one was treated and released and the other succumb to undetermined fatal injuries.

Witnesses reported that the third male was observed with a knife and he was arrested for Battery w/a deadly weapon causing substantial bodily harm and was booked into the Washoe County Jail.
Arrested: Poole, Gregory Shane 01/06/1977
The name of the victim is being withheld pending notification of next of kin.