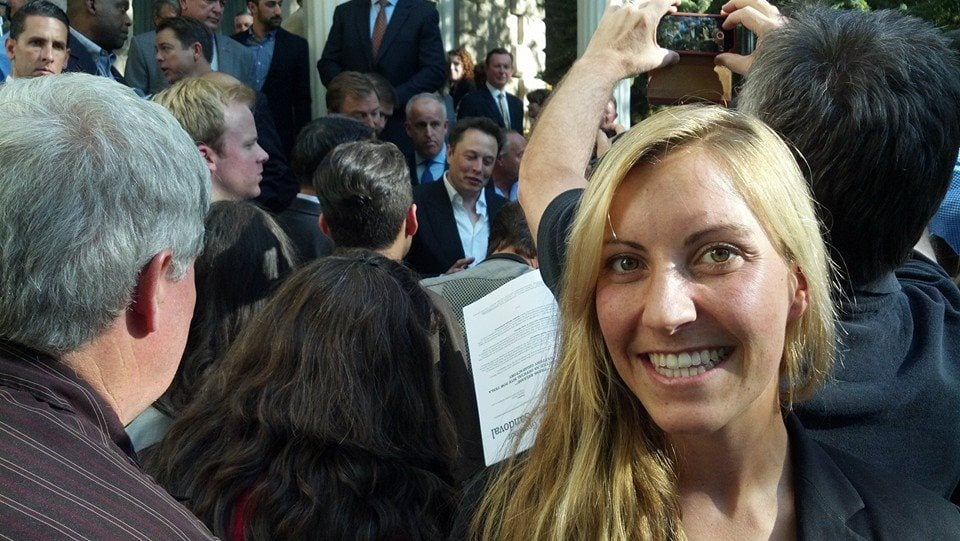 INCLINE VILLAGE, NV – My desire to reach out to as many Nevadans as possible to hear individuals concerns regarding the impact of the Federal Government continues daily.

Having freshly traversed across Nevada along Interstate 80 and Highway 50 I wanted to share my experiences thus far in my campaign as your next representative in Congress.

I recently returned home after traveling across Northern Nevada three times, once across Highway 50 traveling the “Loneliest Highway in America”, then along Interstate 80 in my Chevy pickup truck for nine days camping along the way in August, and again on public dirt roads parallel to Highway 50 on my Honda dirt bike for four days in September. 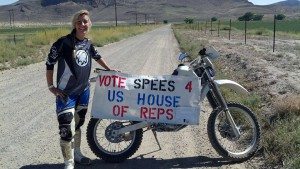 In the early morning on August 17th I departed from my home in Incline Village with my dirt-bike in the back of my pickup truck, a tent to sleep in, and my great-grandfathers guns. I embarked to see rural Nevada, to speak with locals and find out what issues mattered most to them.

I spoke with the county commissioners, judges, tribal leaders, business owners, students, and employees, anyone I could find. These people were eager that a candidate was actually willing to travel to meet them in their hometown, they were appreciative that I was willing to listen to both sides of an issue, and that I was willing to speak with them rather than at them. To accurately represent the people of Nevada and the nation, our elected officials must be willing to hear all view points, realize that compromise is not a bad word, and be held accountable when making informed and conscious decisions that affect so many.

After six hours of driving I arrived in Elko where I found a few local tour guides who showed me the surrounding trails as I joined them on my dirt bike. Afterwards I drove to Lamoille Canyon where I set up camp for the night at Thomas Canyon Campground in the Humboldt-Toiyabe National Forest. The following day I hiked to Liberty Lake where I met outdoor enthusiasts and hunters.

The next day I passed through Spring Creek on my way to meet with Elko County Commissioner Grant Gerber, where we discussed BLM land issues and the sage grouse. Following our meeting I headed north along State Route 225 where I explored the reservoir at Wild Horse State Park and set up camp for the night.

The next morning on the 19th I continued north to attend the ribbon cutting and open house of Duck Valley Indian Reservation’s Juvenile Service Center. I spoke with the local tribal leaders and found out that they are in need of more federal funding to pay for employees at their court and healthcare facilities.

I then drove to Winnemucca, where I spent the next two days meeting with the Humboldt County District Attorney Michael Macdonald, Judge Michael R. Montero, the local rotary club, and discussed politics with a handful of residents at Vesco City Park. While in town, I took my great-grandfathers guns to the shooting range and took a Hunter’s Safety Education course sponsored by the Department of Fish & Wildlife. While in Winnemucca, residents spoke with me about the needs of their community. They sought better education for their children, new jobs, and ways to boost the economy. Before leaving Winnemucca, I made a brief stop in Battle Mountain and spoke with a few local business owners and residents to hear their views and concerns as well. I continued onto Lovelock and Fernley on the 21st where I visited local businesses and was privileged to speak with the local rotary club about my experience as a Rotary youth exchange student in Argentina. Following that I made stops in Carson City, Gardnerville, and Stateline culminating my trip by summiting Mount Tallac at 9,738 ft on the 22nd.

After attending the Tesla Motors Gigafactory announcement in Carson City on September 4th I finished packing up supplies for my entirely off-road ride across Nevada to promote public access to BLM land. Along with nine other participants and two support vehicles we set off from Dayton on the 5th for Sand Mountain. Having traveled well over 250 miles through the desert our ride took us to Eureka, Ione, and Austin where we toured the Ichthyosaur Dinosaur remains and the Diana Mine. We experienced some of the most natural, beautiful, and isolated sections of Northern Nevada and even came across abandoned mines.

I was amazed to see the openness of the people and the beauty of the land. Everywhere I went people greeted me with open arms and were open to discussing the issues that affect them every day. I want to represent all Nevadans in District 2, which is why I found it so beneficial to go out and see for myself how each town is affected. I am really interested in collaborative solutions. By talking to so many different people I was able to see both sides of the issues and through conversing, together we were able to come up with viable solutions. I want Nevadans to know that I listen and I am ready to work for you! I am not your typical politician: I listen to all citizens concerns regardless of political affiliation, I will show up to vote and represent all Northern Nevadans views equally as I put people before politics.
—

Kristen Spees is currently running for Nevada’s second congressional district and serves as an Estate Planning Attorney licensed in Nevada, California, and Hawaii performing wills and trusts at her family law firm.