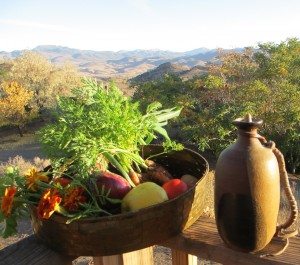 Last winter, after a lively Arts Townhall meeting with the Nevada Arts Council, residents were inspired to form the Silver City Arts group. The group’s first exhibition is an official Signature Event of the Nevada Sesquicentennial. The Silver City Fine Arts Exhibition on Friday, October 31 includes nationally known artists who are also long time Silver City residents, including Jean LeGassick, Jeff Nicholson, Karen Kreyeski, Larry Wahrenbrock, and a dozen others. The free event is from noon to 4 p.m. at the Silver City School House/Community Center at 385 High Street, in Silver City.

Since the 1970s, when the town attracted a new cadre of residents with backgrounds in music, theatre, art, and academia, the community of less than 200 souls has often had more music, art and family events going on than towns 10 times its size. Many residents are musicians, writers, artists, actors, artisans, photographers, or academics, many with home studios and offices.

Silver City Arts has quickly lined up a remarkable schedule of events for 2014-2015, partly by drawing on the community’s own rich resource of artists, and partly by connecting with regional and statewide nonprofits to bring in programming by local, national and international artists.

This Fall, by partnering with St. Mary’s Art Center and the new Silver City Volunteer Library, the group will bring internationally known artist Nes Lerpa of Denmark to Silver City to speak about his work. Lerpa has had exhibitions throughout Europe, as well as in the U.S., China and India.

In May 2015, the group hosts a screening of “Rockin’ at the Red Dog: The Dawn of Psychedelic Rock.” The documentary is by Silver City native Mary Works Covington, whose father, Don Works, was one of the founders of the Red Dog saloon, which became key to the development of the 1960s psychedelic rock scene.

Some of the principal subjects of her film include Silver City residents Don Works, Robert Elston, Travus T. Hipp and Lynne Hughes. The documentary captures the role of Silver City and Virginia City residents in bringing the legendary bands Big Brother & the Holding Company, the Grateful Dead, Jefferson Airplane, Quicksilver Messenger Service, The Charlatans and many others to the Virginia City live music venue known as the Red Dog.

Mary Works Covington was also the assistant sound and/or dialog editor for films like Titanic, Saving Private Ryan, The English Patient, Contact, The Talented Mr. Ripley and many other films.

During the summer, the group will also bring professional artists to Healthy Communities Coalition’s longstanding annual children’s summer program to offer free arts lessons to children of the region.

Silver City, Nevada is the kind of tight knit community people actually want to live in.Town events at the community center, including annual, free children’s summer activities are open to everyone. Any resident can take part in the organic community garden across from the shady town park, and town meetings are well attended and often animated. Residents also treasure the way their historic town looks. It’s an unusual showcase for unique and diverse architecture – in just a few miles, you can find rare octagon, straw-bale, and geodesic homes, as well as houses built in the 1800’s and elegant modern homes designed by architects like Art Hannafin. In short, Silver City is the very opposite of Malvina Reynold’s famous song “Little Boxes.”