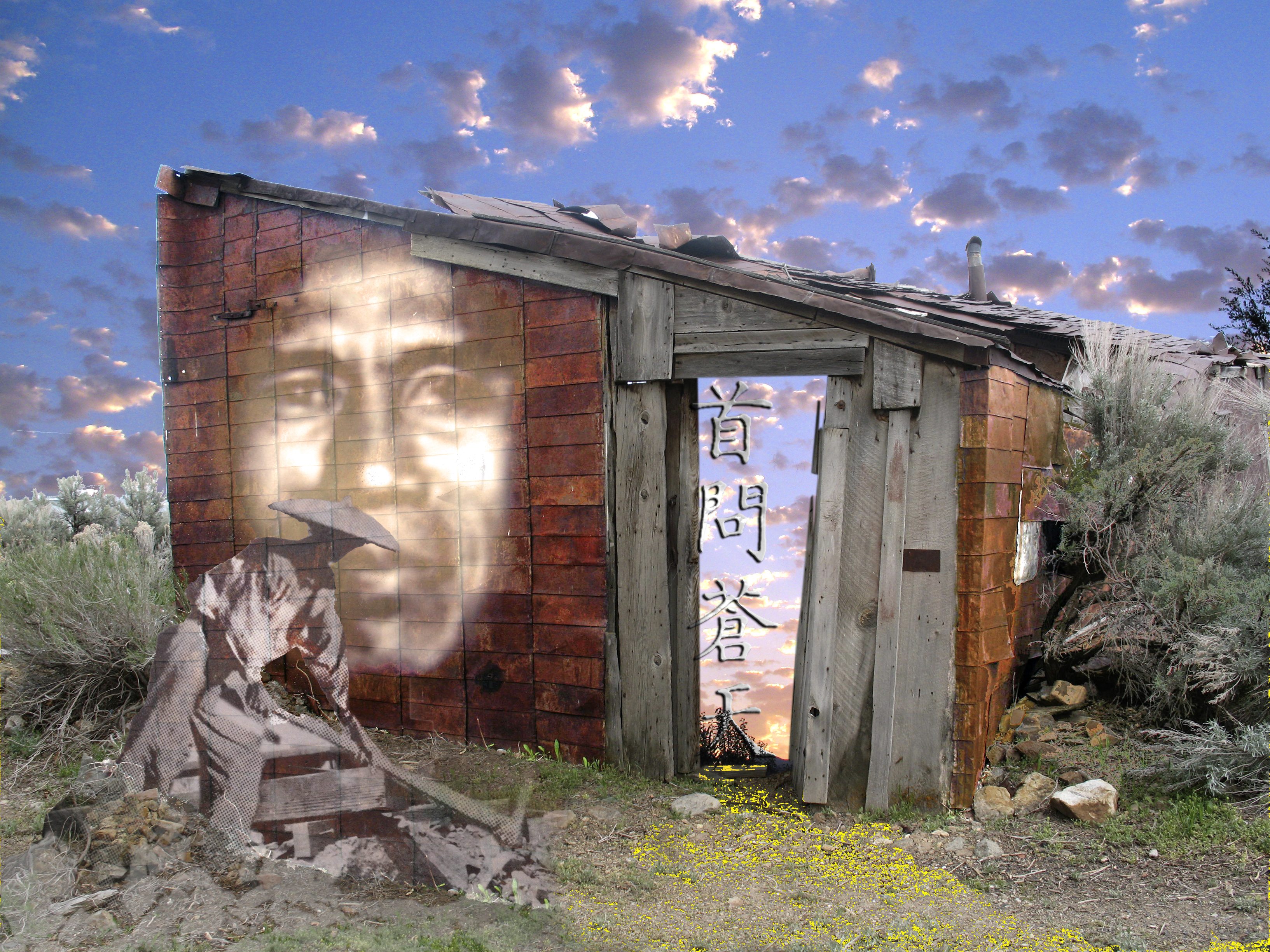 Joan Giannecchini, whose work has appeared in galleries and museums throughout the United States and Africa, exhibits several works in “The Celestials” series of images depicting Chinese of the “old west.”

It runs now through October 10, with a free artist reception sponsored by Wild River Grille on Thursday, September 18, from 5 p.m. to 7 p.m.

“The Celestials” is a series of three-dimensional art pieces designed to recall the Chinese immigrant experience in the gold and silver boom-towns of the old American West. Its purpose is to draw attention to the forgotten lives of many 19th and 20th century Chinese who contributed so much to the development of the American West.

This project was conceived in Tuscarora, Nevada, a mining town founded around 1872 in the high desert of northeastern Nevada. There were over 4,000 Chinese in Tuscarora then, “Celestials” as Westerners called them because they were the subjects of an Emperor they revered as “The Son of Heaven.”

Joan Giannecchini received a B.S. in Art and Science from State University New York, and an M.A. in Environmental Studies from New York University. She was a co-founder of Dentures Art Club in Soho (New York), an arts organization dedicated to bringing artists and non-artists together to stage performances and “happenings” on socially relevant themes in galleries and public spaces.

In this capacity she has performed in New York City venues including The New York Feminist Institute and Soho Repertory Theater. Her collaborative piece on role and romance in 1950’s America, “Charms,” was staged at The Franklin Furnace and dinner theatre venues in New York City.

Publicly, her installations include work in Central Park and the New York City subways. She currently splits her time between her farmhouse in northern California and a 50’ single-wide trailer in the high desert in Tuscarora, Nevada, where she jockeys for space with her husband, the playwright, Stan Kaplan and Talullah, her naughty “Staffy” Bull Terrier.