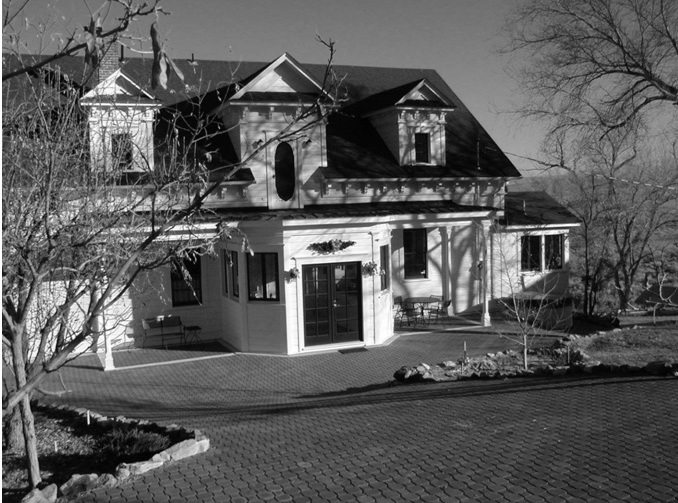 CARSON CITY — Nordyke Ranch House in Lyon County, south of Yerington, was listed in the Nevada State Register of Historic Places on September 12, 2014.

As one of the few remaining buildings of the small ranching community of Nordyke, the ranch house stands as a visible reminder of Mason Valley’s agricultural development in the early twentieth century. The first residents of the house, James W. and Mary Ellis Wilson, were part of Mason Valley’s renowned Wilson family. Members of the Wilson family established ranching and mining operations in Mason Valley, served in the state legislature, and helped develop the Walker River Irrigation District to aid agriculture in the region. It has been owned and maintained by Tom and Judy Price of Yerington for the last sixteen years.

James W. and Mary Ellis Wilson, affectionately called Billy and Molly by the current owners, lived in the home from 1903 into the 1940s as the agricultural landscape around them developed to include a quartz mill, a flour mill and irrigated fields of alfalfa and wheat. Sometime in the 1940s, the Wilsons sold the property to Alfrid Bohm, who continued to ranch at the site and made several additions to the home until he too moved on in 1950. When the Prices purchased the property, they began the long process of bringing the house back to its former prominence and claim, “We feel Billy and Molly would be pleased with the transformation of the house from a tired utilitarian ranch house, back to a house that reflects their status as early, influential settlers.”

Hidden beneath this story of agricultural development is another intriguing part of Nevada’s unique history: the moving building. Historically, many Nevada communities expanded and shrank depending on the success of the local mining operation. It was not uncommon for buildings to be moved from locations with declining production and be reused in nearby communities. Though it is often difficult for historians to track when these movements occurred, the Nordyke Ranch House is a rare example of a building for which this information is still available. James Wilson purchased the house from a lot in Virginia City in 1903, and had it disassembled and shipped to the community of Nordyke. Rebuilt, the home stood out as an example of Italianate and Greek Revival architecture amid its rural environment

Nordyke Ranch House joins 151 other resources throughout Nevada listed in the State Register. The State Register of Historic Places, with its companion program the National Register of Historic Places, is managed by the Nevada State Historic Preservation Office and reviewed by Nevada’s Board of Museums and History. Property owners are encouraged to contact the State Historic Preservation Office if they have questions about the program or how to list their property on the Register.