Adjuncts Rising is an investigative series that looks at how northern Nevada public higher education institutions have addressed the issue of using part-time faculty to satisfy teaching responsibilities. ThisisReno.com reporter intern Chris Vega examines the life of an adjunct, how adjunct faculty fit into the larger role of a higher-education institution and he compares local institutions to national trends. 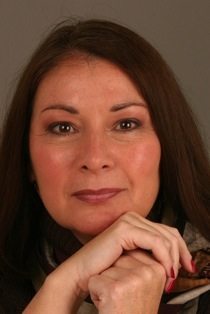 Many adjuncts report poor living wages, and they are constant looking for work. Some adjuncts teach at multiple universities to make ends meet.

“I had to apply to the University of Phoenix,” says Jessica Santina, adjunct English instructor at UNR. She says that they “pay considerably more.”

“Many adjuncts are making the same money they did 10 years ago,“ says Bill Sledzik, associate professor of journalism at Kent State University. The average wage for an adjunct is $2,500 per course, and many universities cap the part timers at two classes; otherwise, the institution has to change their designation and offer benefits to the part-timers.

“A wage increase is … overdue,” says Santina. She has worked for UNR since 2001. Her and her husband calculate her wages at $10 hour, taking into account time in the classroom, grading and preparing for classes.

Debra Leigh Scott, outspoken critic and writer of “The Homeless Adjunct” blog, says there is a problem when an academic professional is earning less than a barista at Starbucks.

Part-time faculty also lack job security. Many are unsure if they will teach future courses. Working conditions are often cited as lacking, including no access to a regular office space, zero say in department issues and a questionable possibility of entering the faculty tenure tract.

A report by the American Association of University Professors shows that 70 percent of higher education instructors are outside of the tenure track with many who are working professionals in their field hired to teach a specific class.

Critics say this model reflects a more business style of finance, as many companies often contractually hire from firms to find specialty help.  This raises the question: Are there not enough full-time faculty positions at universities?

If there were enough full-time, tenure-track positions, they would not be hiring so many adjuncts, says Scott. She feels the universities are creating a surplus of professional part-time instructors, then exploiting them. Scott, like many others, calls it a factory model of higher education.

Part 4: Nevada Versus The Nation

Watch the video below to learn more.

UNR to discuss pot, laws and the Constitution