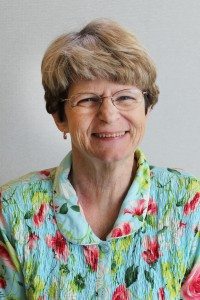 Madeleine Sigman-Grant, maternal child health and nutrition specialist and professor at University of Nevada Cooperative Extension, was selected as the recipient of the Western Region Excellence in Extension Award.

A plaque and cash award will be presented to Sigman-Grant at the Association of Public and Land-grant Universities annual meeting on November 2 in Orlando, Florida.

Sigman-Grant receiving the Western Region award this year marks the fifth time in eight years that Nevada has taken home one of these few prestigious honors. Nevada Extension faculty have been awarded two Regional Excellence, two National Excellence and one National Diversity award during this time.

“I am extremely happy that Madeleine’s work was recognized by the Association,” said Mark Walker, dean of University of Nevada Cooperative Extension.

Walker continued, “Madeleine’s work exemplifies what we try to do here in Nevada at Extension. She identified needs in her area of expertise and worked tirelessly collaborating with many partners to conduct research and programming to address those needs.”

“She developed a program that established her as a national expert on breastfeeding and lactation, and this additional honor acknowledges the importance of her work,” Walker concluded.

Sigman-Grant is based in Cooperative Extension’s Clark County office and her work has primarily focused on child feeding guidelines, childhood obesity prevention and community breastfeeding programs.

She works with health professionals to increase awareness of human lactation and has been engaged in Nevada’s breastfeeding efforts through her leadership activities with the Nevada Breastfeeding Task Force.

“I love what I do and how that impacts our community,” stated Sigman-Grant after receiving the notification, “It is truly an honor to receive this recognition from the Association of Public and Land-grant Universities.”

Sigman-Grant’s service activities reflect the respect that both scholars and professionals across the nation have for her knowledge and work, having been appointed to committees and boards of national institutions including the National Institutes of Health; the National Academy of Sciences, Institute of Medicine; the American Academy of Pediatrics; the Academy of Nutrition and Dietetics; the U.S. Department of Agriculture; the U.S. Food and Drug Administration; and the Society for Nutrition Education and Behavior.

In 2012, she was named Nevada Dietitian of the Year and was inducted into the Medela Breastfeeding Hall of Excellence.

In 2012, as a member of the All 4 Kids Program team, she received six awards for partnership and program development.

Earlier this year she was a recipient for the Nevada Women’s Fund Women of Achievement Award.

University of Nevada Cooperative Extension is the College of the University of Nevada, Reno that is engaged in every Nevada county, presenting research-based knowledge to address critical community needs. It is a county-state-federal partnership providing practical education to people, businesses and communities. For more information on its programs, visit www.unce.unr.edu.

Founded in 1874 as Nevada’s land-grant university, the University of Nevada, Reno ranks in the top tier of best national universities. With more than 19,000 students, the University is driven to contribute a culture of student success, world-improving research and outreach that enhances communities and business. Part of the Nevada System of Higher Education, the University has the system’s largest research program and is home to the state’s medical school. Bringing outreach and education programs to all Nevada counties and home to one of the largest study-abroad consortiums, the University extends across the state and around the world. For more information, visit www.unr.edu.