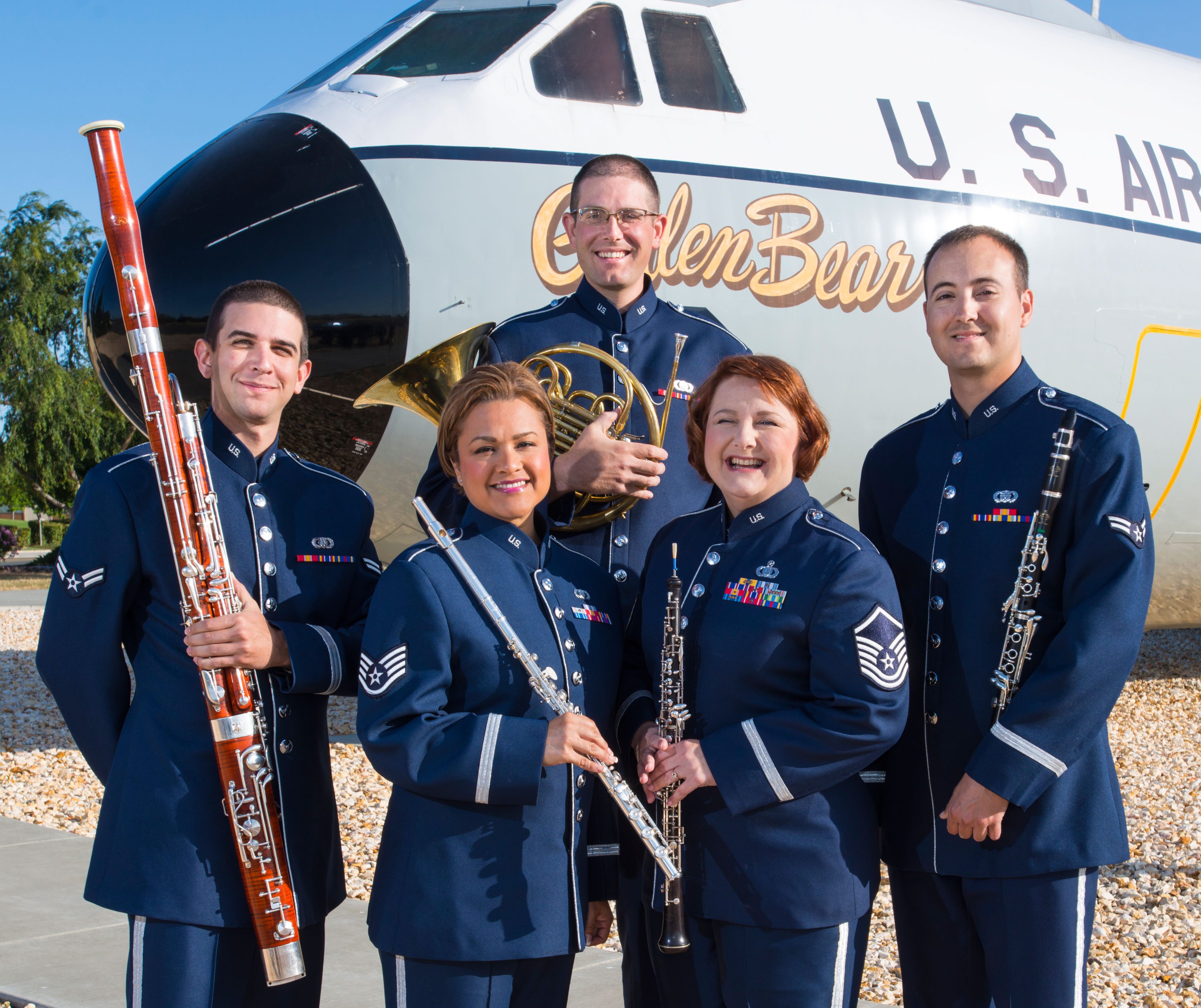 The United States Air Force Band of the West, The Golden West Winds, presents “Music for a Summer Day” at McKinley Arts and Culture Center on Friday, August 15, at 6 p.m.

The concert is free, open to the public, and brought to the community by Sierra Arts Foundation.

Comprised of flute, oboe, clarinet, French horn, and bass clarinet, this ensemble supports a wide variety of musical events ranging from military ceremonies and patriotic shows to educational programs and recitals of original works for woodwind quintet. To support these events the Golden West Winds plays music of all styles including marches, jazz and classical music.

Tailoring every show to its audience, the Golden West Winds performs a variety of different community relations concerts throughout the western United States. The group can perform several completely distinctive shows at any time.

The members of the Golden West Winds are all professional Air Force musicians working in support of Air Force and Air Mobility Command official military recruiting and community relations objectives.