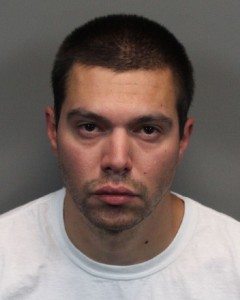 Detectives with the Washoe County Sheriff’s Office All Threats All Crimes Unit arrested Brian Christopher Healy, age 34, of Reno, on Tuesday, August 26, 2014, on charges of Attempted Murder and Battery with a Deadly Weapon. The charges are related to an incident that occurred in Sun Valley on July 22, 2014.

Just before 10:00 p.m. on July 22, Deputies responded to the area of Sun Valley Boulevard and Sidehill Drive on a report of a possible fight in the area. Deputies located a male victim who had been attacked by two suspects. The suspects had reportedly hit the victim with rocks.

One suspect, Cory Hicks was located and arrested on charges of Attempted Murder and Battery with a Deadly Weapon. The second suspect fled the scene.

Detectives investigating the incident were able to identify Healy as the second suspect. Healy was taken into custody on August 26 and is currently being held in the Washoe County Detention Facility.

This is an ongoing investigation. Anyone with information about this incident is asked to contact  the Washoe County Sheriff’s Office Detective Division (775) 328-3320, or Secret Witness at (775) 322-4900.