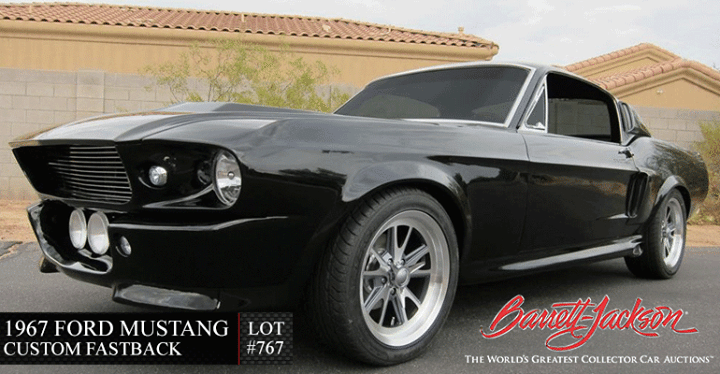 SUBMITTED NEWS — Show-n-Shines give the classic car enthusiasts a chance to show off their ride and win big. Barrett-Jackson will conclude it’s three day stay in Reno by presenting the ‘Barrett-Jackson Cup’ to the winner of the Barrett-Jackson Cup Show-n-Shine at approximately 8pm at the Reno-Sparks Convention Center. The presentation will be aired on national television and is open to the public free of charge beginning at 6pm.

With the help of generous sponsors like General Motors, Ford, Sherwin Williams, Craftsman, Waterloo, Adam’s Polish and more, the prize purse for the Barrett-Jackson Cup has more than doubled since the inaugural event last year. The prize package and trophy top all other similar awards in the industry, with the added bonus of national television coverage. The Ultimate Best in Show trophy is awarded along with $30,000 cash and other huge prizes on the auction block. The presentation is seen around the country on the National Geographic Channel.

Over the last several days, three celebrity judges have been scouting the various Show n Shines throughout the area and awarding ribbons to the top 25 finalists.

These cars will be available for viewing from 8am-3pm at the Downtown Reno Ballroom. The top 5 finalists will be escorted to the Hot August Nights Auction presented by Barrett-Jackson for final judging.

At 6pm on Saturday, August 2nd, Barrett-Jackson will open the gates to the public for the unveiling of the “The Reno 5” and the Barrett-Jackson Cup presentation. The breakdown is as follows:

Barrett-Jackson Cup Winners will be displayed in the Downtown Reno Ballroom located at 401 N. Center St. in Reno on Saturday, August 2nd from 10am to 4pm.
Spectator Entry Fee: $10.00

The 2013 winner was a custom 1969 Ford Torino owned by George Poteet of Collierville, Tenn. and built by Troy and Jack Trepanier of Rad Rides by Troy. It was a highlight moment when Jack Trepanier, a keystone in the collector car community, accepted the award on the auction block. Sadly, Jack passed away in March of this year. Barrett-Jackson is dedicating the 2014 Barrett-Jackson Cup in his honor.