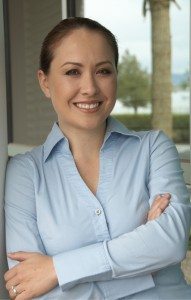 St. Martin’s experience includes employment with a private marketing and public relations firm in Las Vegas and the campaigns and Congressional offices of Congressman Joe Heck and Senator Dean Heller. In 2012 Mari was a candidate for Nevada State Senate.

“Mari brings with her an extensive amount of experience in the fields of communication and public relations,” said Governor Sandoval.  “Having worked in both the private and public sector, Mari has a great understanding of the communities we serve and will be a strong asset to my administration. I am pleased she has accepted the position and look forward to her joining the team.”

St. Martin is a native Nevadan who grew up in Ely and graduated from the University of Nevada, Las Vegas. She is married to Jack St. Martin and the couple has two daughters.