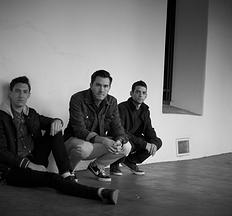 The Mark Sexton Band, a trio of music renegades known for their viciously executed soul compositions, plays at 6 p.m. Tipping their hats to the days of Tower of Power and Stevie Wonder, they are forging the path for a new generation of funk and soul.

Sexton, who plays the guitar and sings vocals, is joined by bassist Alex Korostinsky and drummer Dan Weiss. The group has been playing in clubs and concert venues across the West, and this is their second year performing at the Dangberg Historic Park.

Vanessa Littrell opens the evening at 5 p.m. Talented on both piano and guitar, Littrell’s style ranges from Sheryl Crow to Annie Lennox with a little Sarah McLachlan and Tori Amos on the side.

The Carson Valley Lions Club will be selling burgers (including veggie burgers), hot dogs, popcorn and and ice cold beverages. Good beer and wine will be available for purchase from the Friends of Dangberg Home Ranch. Visitors should bring their own outdoor seating, and can bring their own food and beverage if they choose.

Vanessa Littrell opens at 5 p.m., and the Mark Sexton Band performs from 6 p.m. to 7:30 p.m. Tickets are $10/person and are available through Saturday at Battle Born Wine or Joyce’s Fine Jewelry, both with stores in Gardnerville, or at dangberg.eventbrite.com. If available, tickets will also be sold at the gate, which opens at 4 p.m. Children 16 and younger are free and do not need a ticket.

The park is located at 1450 Highway 88, just north of the Carson Valley Animal Hospital Pets are prohibited at the park, with the exception of certified service animals.

This concert is organized by the Friends of Dangberg Home Ranch, a 501(c)(3) non-profit. Thank you for your support of the Friends’ effort to care for the park. Information on contributing support to this effort is at www.dangberghomeranch.org. Questions: [email protected]