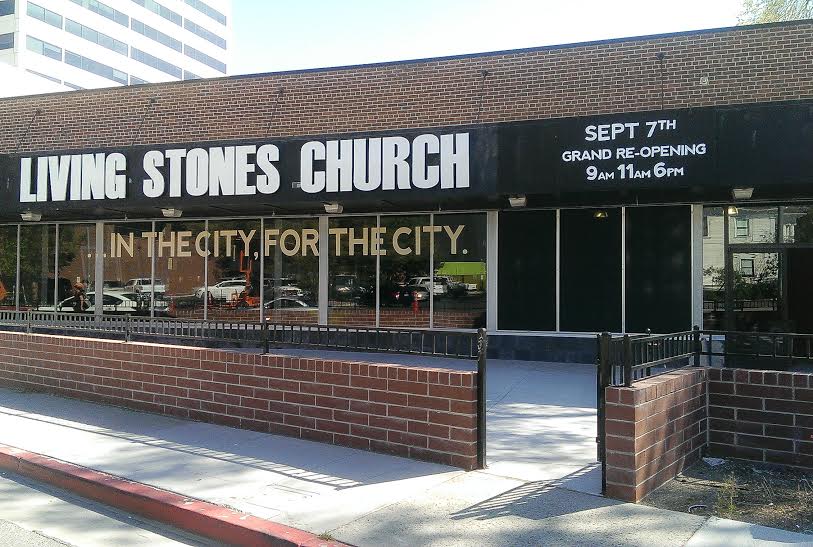 Living Stones Church is excited to announce the grand re-opening of their newly renovated building at 444 S. Sierra Street on September 7th. The community is invited to see the completed project during worship gatherings at 9am, 11am and 6pm.

In serving the downtown and Midtown area of Reno for almost four years, the church experienced a spike in weekly attendance from an average of 1,260 people to 1,600 this year, prompting the pastoral team to make a decision on how to accommodate the growth.

“Through prayerful consideration, we knew it was best to stay in the heart of Reno and continue our mission of being in the city, for the city,” says Founding and Preaching Pastor, Harvey Turner. “By creating more space, we hope our congregation continues to impact the needs around us.”

Living Stones hosts a number of community outreach initiatives including food drives, diaper drives, the annual Midtown Art Walk, and improvement projects in two nearby elementary schools. All of which are possible through the contributions of individual church members.

The more than $250,000 building renovation took nearly two months to complete and was fully funded by the Living Stones congregation. The church elders announced the plans to their members in March and raised the total amount needed in just three months.

“A lot of people jumped on board raising money through babysitting, holding several garage sales and raffles,” says Pastor of Facilities and Technology, Cory Currence, who oversaw the construction. “Groups committed to pledge large amounts together. This was very much a grassroots, community effort.”

Many of those donors also volunteered their time in the demolition phase of the expansion.

To keep costs down the church leaders asked their congregation to help by taking down walls and cleaning in the evening when construction workers ended their day. Throughout the month of August hundreds of volunteers gave of their time to keep this project moving on schedule. One week, the pastoral team spent their evenings digging a trench for the new plumbing.

In this project the church added 250 chairs to the sanctuary which can now seat 700 attendees. Additions also include four new classrooms for their growing kids’ ministry, a nursing mothers’ room, and five private meeting rooms for pastoral counseling. The sanctuary also features a larger stage and baptismal.