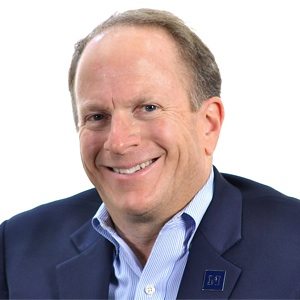 Al Stavitsky, Donald W. Reynolds School of Journalism and Center for Advanced Media Studies, dean and Fred W. Smith Chair at the University of Nevada, Reno, has been named to a Library of Congress task force seeking to preserve historical broadcast content.

Stavitsky, whose academic research interests include radio history, has been selected to serve as a Distinguished Scholar for the National Recording Preservation Board’s Radio Preservation Task Force. The goal of the task force is to develop strategies and tools to collect and preserve broadcast content.

“Dean Stavitsky is one of two leading historians on Public Broadcast in the U.S.,” Josh Shepperd, senior research associate for the Radio Preservation Task Force, said. “It is only natural to have him participate in the project. He’s written several seminal texts on public radio and brings a focused breadth of knowledge and expertise to our effort.”

In addition to academic scholars such as Stavitsky, the task force includes officials of the National Archives, the Museum of Broadcast Communications, the Paley Center for Media, and the Newseum. The task force will discuss its findings at a Library of Congress symposium in Washington, D.C., in 2015.

Stavitsky came to Nevada from the University of Oregon School of Journalism and Communication, where he served for 21 years as a faculty member and administrator, most recently as founding director of the George S. Turnbull Center, the j-school’s satellite center in Portland.

Stavitsky’s scholarship on media policy and the digital transition in journalism has been published in leading academic journals, and he is author and co-author of books on public broadcasting ethics and history.

He has served as a consultant to local, national and international public media organizations; advised the Corporation for Public Broadcasting on policies to ensure editorial independence; and testified before the Federal Communications Commission on issues of localism in broadcasting.

Stavitsky earned a bachelor’s degree in political science from the University of Wisconsin, Madison, and a master’s degree in journalism and a doctorate in communication from The Ohio State University.

A native of New Jersey, he worked in broadcast journalism in Wisconsin and Ohio before beginning his career in the academy, and remains active in broadcasting through his weekly “Reynolds School Media Watch” segment on KUNR/Reno Public Radio.

The Donald W. Reynolds School of Journalism and Center for Advanced Media Studies at the University of Nevada, Reno is a dynamic, student- centered program with a focus on the future. We’ve invested $8 million in facility renovations, launched the Nevada Media Alliance—a multiplatform news partnership with regional media—and developed our Center for Advanced Media Studies to promote scholarship and media innovation. Additionally, the Reynolds School is home to the award-winning Integrated Marketing Communications competition team and is the only journalism school in the country to partner with National Public Radio, NPR, on its NextGen multimedia boot camp.

Founded in 1874 as Nevada’s land-grant university, the University of Nevada, Reno ranks in the top tier of best national universities. With nearly 19,000 students, the University is driven to contribute a culture of student success, world-improving research and outreach that enhances communities and business. Part of the Nevada System of Higher Education, the University has the system’s largest research program and is home to the state’s medical school. With outreach and education programs in all Nevada counties and home to one of the largest study-abroad consortiums, the University extends across the state and around the world. For more information, visit www.unr.edu.