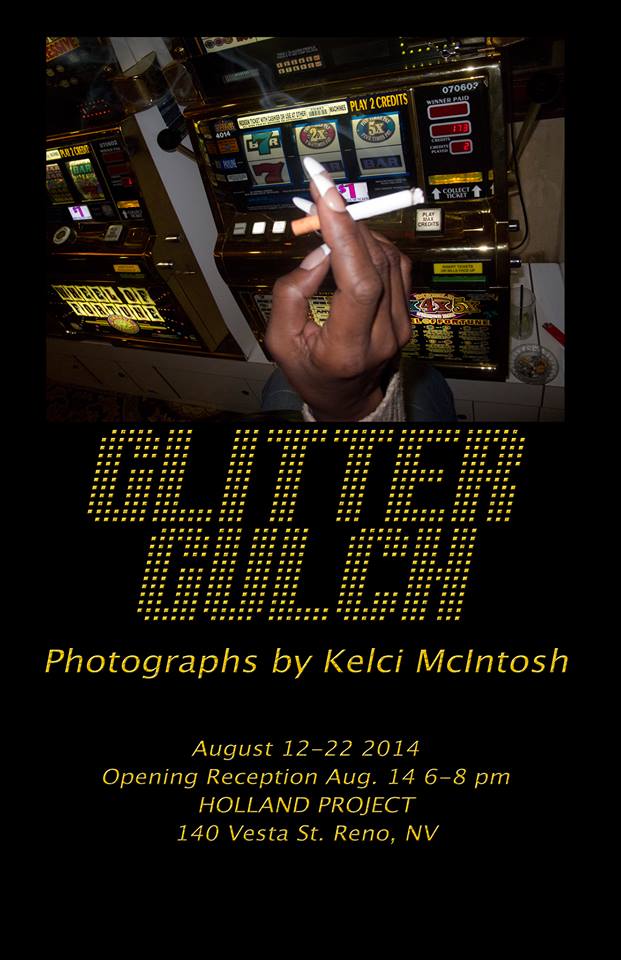 Glitter Gulch, the photo series first appearing on Vice.com, is showing at the Holland Project starting August 12. The exhibit runs along with a music-based installation, Soundies.

Soundies is based on a quintessential and universally recognized summer vibe–being young, out of school, bored, hot, and passing the time by zoning out in front of the TV.

The exhibit features a living room-style installation facing a large projection that will run eight music videos and a series of animated shorts on a continuous loop for the course of the 10-day exhibit.

It’s a nostalgic homage to late 80s/90s MTV — an era in which the network help shape and define many cultural and musical tastes, memories, and teenage lives — as well as both a celebration and showcase of the music video as art.

Glitter Gulch is an exhibition of photography from Kelci McIntosh. McIntosh celebrates a specific side of our fair city–often shot in casinos, on the street, local hole-in-the-walls and at various events – and features them warmly in all their underground glitz and glory. This is also McInstosh’s farewell, as she moves to New Orleans post-exhibit.