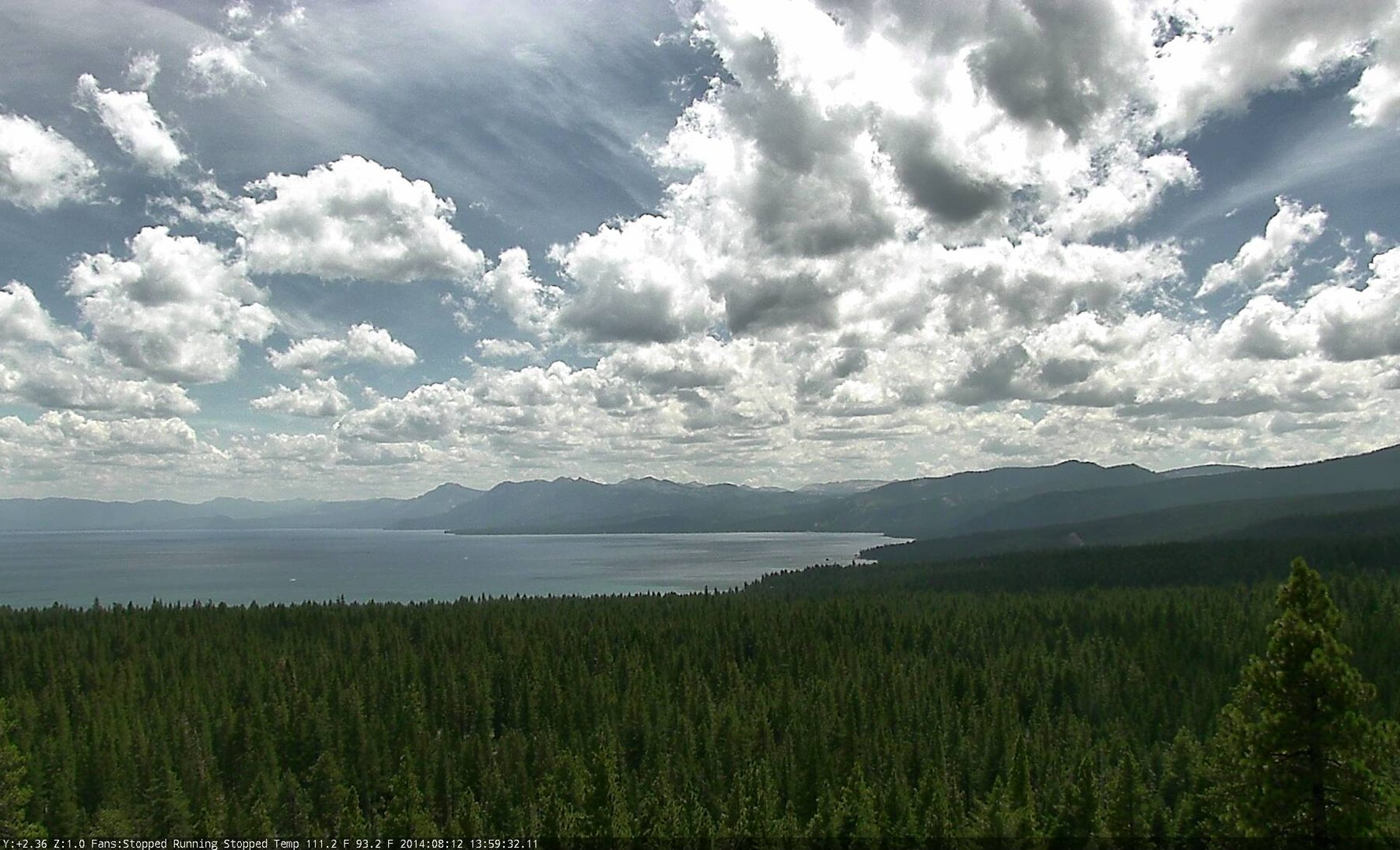 New HD fire cameras are scanning the mountains and shoreline, while University of Nevada, Reno researchers are discovering new animal species at the bottom of Lake Tahoe Tahoe and working with colleagues at the Desert Research Institute to document the dramatic decline of other bottom dwelling species and nearshore water quality.

As the annual Lake Tahoe Summit brings attention to the state of the lake’s environment, researchers at the University and the Desert Research Institute say there has been significant progress on protecting the pristine lake, though there is much work to be done. From the mountaintops to the lake bottom, Nevada researchers are continuing research that informs public policy makers and finds solutions to the risks that face the lake’s precious ecosystem.

“The fire cameras, and especially the internet backbone and network that supports it, are a valuable tool for fire officials and Tahoe researchers who are studying the lake’s environment,” Graham Kent, director of the University of Nevada, Reno’s Nevada Seismological Laboratory, said.

Kent and fellow Tahoe researchers spoke with members of the media on the shores of TahoeMonday about the latest projects, including the four cameras and six earthquake-recording seismographs that now ring the rim of the lake.

His colleague from the University’s College of Science, limnologist Sudeep Chandra, spoke about invasive species, the critical need to study the lake’s nearshore environment and his collaborative work on developing and testing a new filtration system for boats to keep invasive species such as Quagga mussels and clams out of the famous 6,200-foot elevation lake.

“We documented a 90 percent decline in small species that live in the sand at the bottom of the lake – stoneflies, worms and bottom shrimp that are important to the lake’s food chain, supporting native fish,” he said. “At the same time, there is hope as one of our researchers, Jeff Baguley, has discovered large populations of several new species of even smaller invertebrates that live only in Lake Tahoe.”

Baguley is the first to investigate the meiofauna (microscopic critters that live in the sand at the bottom of the lake) community in Lake Tahoe. His research group has discovered several new species of harpacticoid copepods, small shrimp-like crustaceans, that exist only at Lake Tahoe and are essential to the food chain. These meiofauna can help researchers better understand effects of invasive species, changes in near shore ecosystems, effects of climate change and impacts of pollution on Lake Tahoe.

The new discoveries are in the nearshore zone of the lake, an important focus for the Nevada scientists looking to better understand the fragile and perhaps most human-impacted area.

Alan Heyvaert, an associate research professor and director of the Center for Watersheds and Environmental Sustainability at the Desert Research Institute, leads a group of researchers  studying the highly visible nearshore zone. Heyvaert is coordinating the effort of scientists and resource management agencies to develop an effective monitoring framework that will track progress and inform management decisions on the nearshore, where changes have become increasingly evident and stakeholders are interested in addressing the environmental, social and economic impacts..

“We’re losing clarity in the nearshore from stormwater runoff, and temperatures are rising as well, all contributing to the growth of invasive species,” Heyvaert said. “This is perhaps the highest risk area of the lake, and our studies will help inform the best policy decisions to protect this region where most visitors and residents interact directly with the lake.”