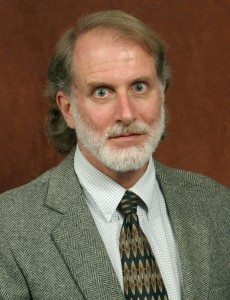 CARSON CITY — An expert-witness report just filed in a constitutional challenge to the State of Nevada’s “Catalyst Fund” says taxpayer-dollar subsidies like the $1.2 million the state is attempting to give SolarCity, Inc. “do not provide any net benefit to the state or to its citizens.”

Dr. Randall G. Holcombe — DeVoe Moore Professor of Economics at Florida State University — made the comments and is an expert witness in the lawsuit brought by NPRI’s Center for Justice and Constitutional Litigation (CJCL) to defend the Nevada Constitution’s ban on the gifting of taxpayer funds to private corporations.

Article 8, Section 9, of the Nevada Constitution reads, “The State shall not donate or loan money, or its credit, subscribe to or be, interested in the Stock of any company, association, or corporation, except corporations formed for educational or charitable purposes.”

Dr. Holcombe is the author of 15 books, more than 150 peer-reviewed articles published in academic and professional journals, and more than 30 articles and reports for think tanks and public policy organizations.  He has testified before committees in the U.S. Congress and the Florida legislature.

CJCL is representing a clean-energy entrepreneur, Michael Little, whose competitor, SolarCity, has a commitment from the Governor’s Office of Economic Development of a $1.2 million taxpayer-funded subsidy.

Attorney Joseph Becker, director of NPRI’s Center for Justice and Constitutional Litigation has characterized the Catalyst Fund as — in addition to being patently unconstitutional — being “fundamentally unjust, since it makes a business owner subsidize his competition.”

“Today’s report,” he continued, “provides additional expert reasons as to why the Court should end these taxpayer-funded subsidies.  History has shown that companies receiving government handouts — like Solyndra, Abound Solar, Fisker and ThromboVision — often fail, personally enriching the politically connected but wasting hundreds of millions of taxpayer dollars. This history is reinforced by Dr. Holcombe’s Expert Report.”

Voters, however, overwhelmingly rejected those proposals.

Discovery in the case will continue through early November.

The Center for Justice and Constitutional Litigation is a public-interest law organization that litigates when necessary to protect the fundamental rights of individuals as set forth in the state and federal constitutions.

Learn more about the Center for Justice and Constitutional Litigation and this case at http://npri.org/litigation/.