485th’s Nash on target during marksmanship match in Hawthorne 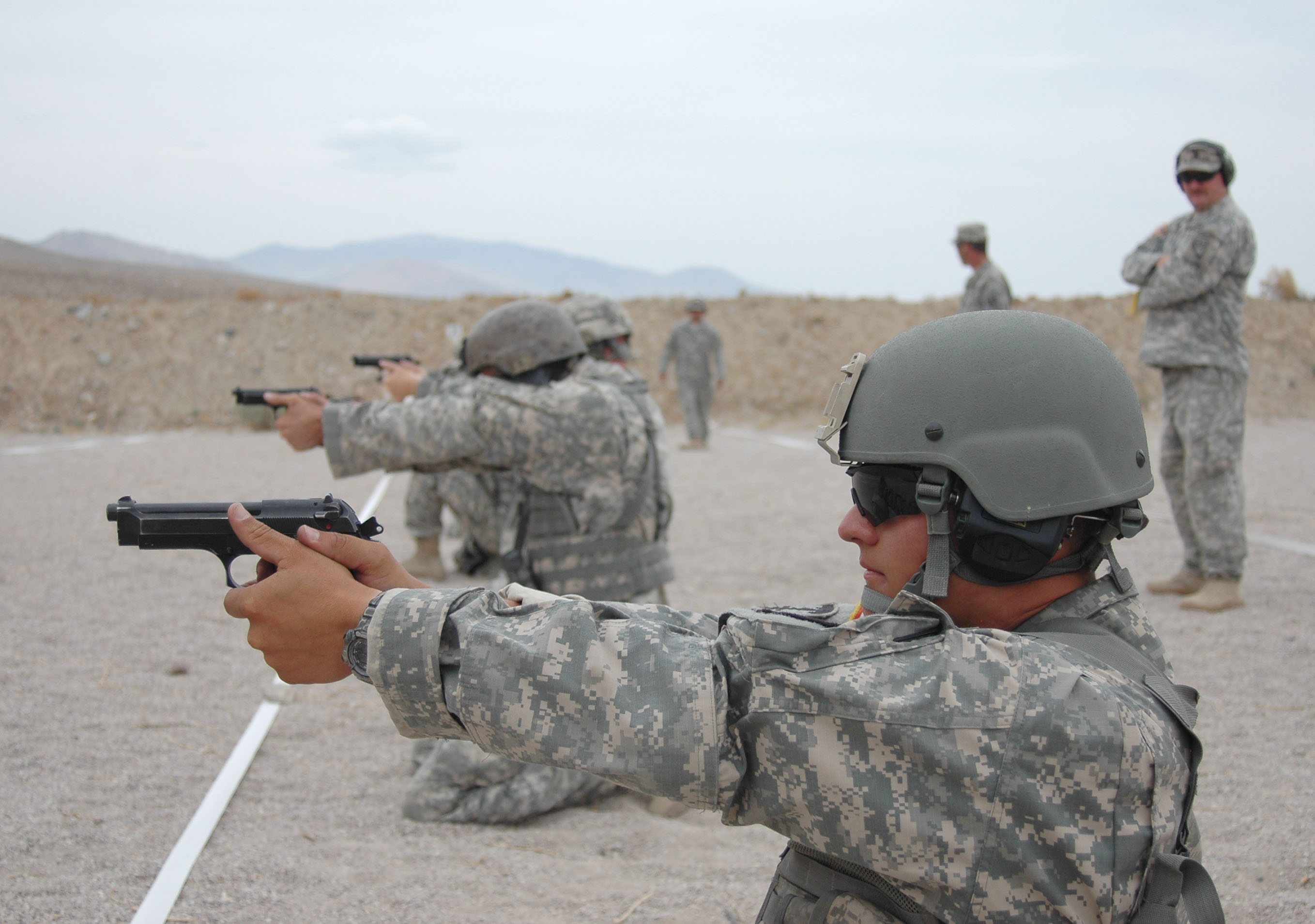 HAWTHORNE – Consider yourself fortunate if you find yourself sharing a foxhole during combat with Nevada Army Guard Staff Sgt. Frank Nash.

After narrowly claiming the title at the Adjutant General’s Marksmanship Match contested here Aug. 1-3, the 24-year-old military policeman is considered the top marksman in the Nevada National Guard.

Nash, of the 485th Military Police Company based in Reno, cumulatively outshot 70 other competitors in four events to win the contest with 712 total points. Sgt. Christopher Bushey was second with 692 points and Sgt. Roumel Arrozal was third with 689 points.

Bushey actually won the pistol EIC and the pistol reflexive fire events, but he could not score enough points in the rifle events to overcome Nash.

It was the second victory for Nash in the Adjutant General’s match, who also claimed the title in 2010. Nash was deployed in 2011, the last time the event was held.

Nash, a native of Truckee, Calif., said there were no secrets to solid marksmanship.

“It’s all about executing the proper fundamentals of shooting,” said Nash, who works for a general contractor in Reno.

The top 20 finishers in the contest earned coveted Governors Twenty tabs that distinguish the top-20 marksmen in the state. Brig. Gen. Bill Burks presented the tabs to the top-20 finishers. The tab is roughly equivalent of the President’s Hundred Tab that denote s the 100 top-scoring military and civilian shooters in the President’s Pistol and Rifle matches.

Seven Airmen and two female Soldiers were among the 71 entrants in the match.

Match coordinator Master Sgt. Preston Eaton said he was pleased with the number of participants in the event, considering the match had not been contested for three years. The match was not contested in 2012 or 2013 primarily due to deployments and funding issues.

“Seventy-one entrants is the record for the match,” Eaton said. “The contest was important because it determined who wears the Governors Twenty tab and these results help decide who the Nevada Guard will send to future regional and national marksmanship contests.”