By ThisIsReno Published: July 8, 2014Last Updated on May 22, 2017
First bottle of Black Rock Rum, Tom Adams, owner of Seven Troughs Distilling Co. learned how loose the wax would be. 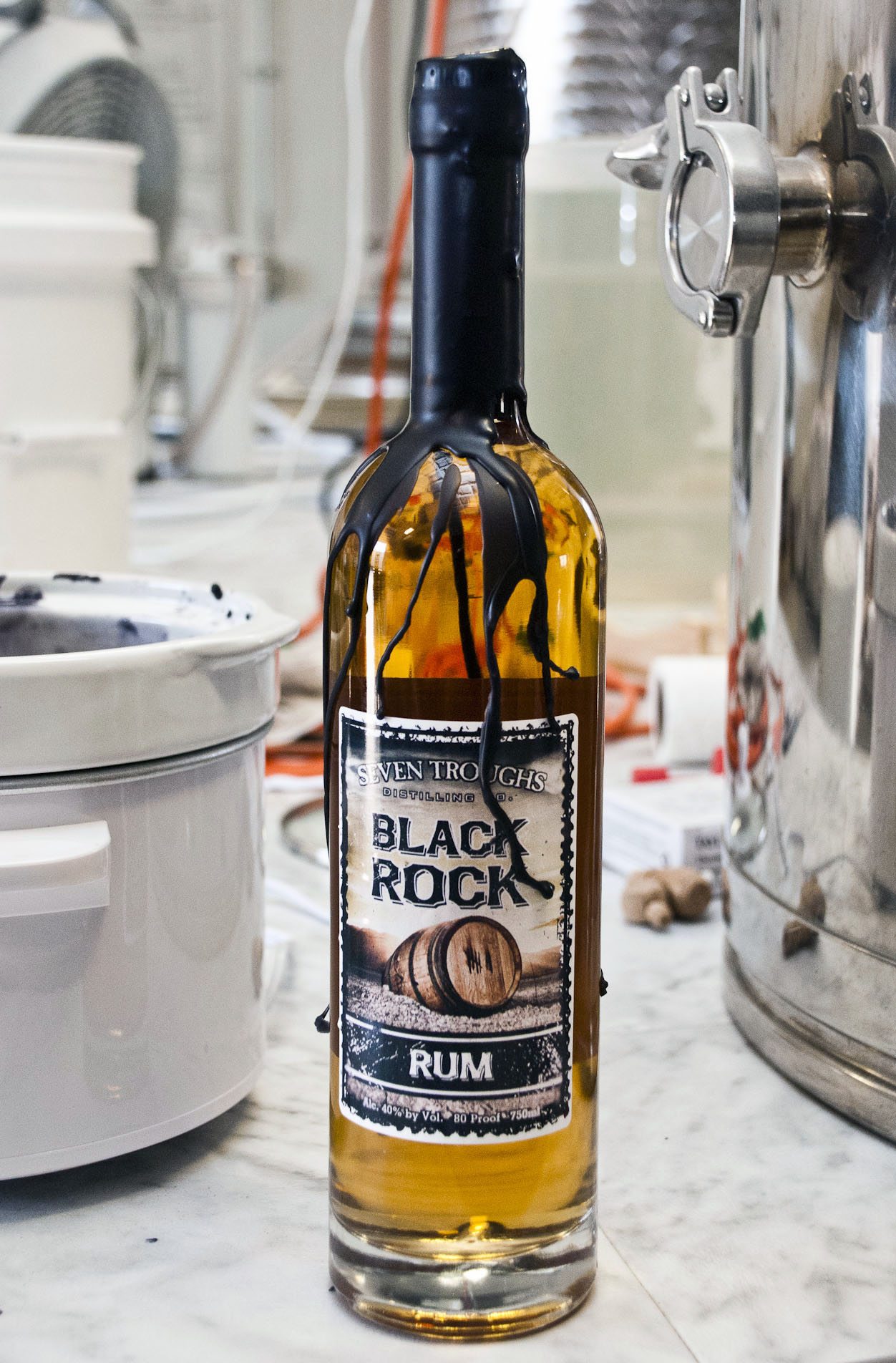 A new rum for Burners to enjoy on the playa

Rum quickly conjures the image of Johnny Depp screaming at Keira Knightley for burning all his rum on a desert island. In some ways, Seven Trough Distilling Co.’s new spirit fits that scene pretty well. The black label and unkempt, drippy wax seal will remind anyone of a desert island. The light caramel color, deep molasses, honey, butterscotch and vanilla flavors will take them the rest of the way there.

Following in the 18th-century methods Seven Troughs established for Recession Proof Moonshine, the new colonial-style rum comes from a time when the 13 colonies were preparing for a revolution. Colonial-style rum uses a high percentage of molasses and some added sugar to ferment into alcohol, while a Caribbean agricole rum uses only cane juice. Colonial style, distilled in copper pots and lightly aged, packs in hardy, complex flavor while white agricole finishes more pure and simple.

Black Rock Rum, aged for two months in two 59-gallon chardonnay barrels, will yield about 600-800 bottles depending on the various proofs. Right now, Seven Troughs only owns two barrels, making it difficult to produce a lot if it gains traction. And why wouldn’t it? Rum is the next upcoming trendy spirit in an ongoing revival of forgotten booze started by craft distillers.

This story published first on DrinkableReno.com

Four versions of Black Rock Rum will be available