Riverwalk serves up full day of fashion, food and history 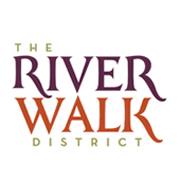 Reno’s Riverwalk District is leading the charge as the quickest-growing attraction for northern Nevada. To kick off August, the merchants of the Riverwalk District have teamed up to provide guests a variety of entertainment and culinary delights on Saturday, August 9.

The day starts with a guided history tour through the Riverwalk by author and historian Alicia Barber. From 1 p.m. to 4 p.m. locals can eat their way through the city with the “Dine the District” self-guided food tour. Proceeds from the event will support the continued development of the Riverwalk District and help establish a safer, cleaner and more vibrant downtown area.

After guests are finished taking a bite out of history through they can make a final stop at Whitney Peak for the second annual “High Heels and Hopes” Fall Fashion Show, from 7 p.m. to 11 p.m., inside CARGO.

“High Heels and Hopes’ is a edgy fashion show and designer showcase featuring a special Studs in Stilettos charity auction where local celebrities such as CAMPO’s very own Mark Estee, and Scott Dunseath from Reno eNVy will strut their stuff in stilettos for a cause all to benefit “Cut It Out,” a program for salons against domestic abuse.

“We hope this event will bring awareness, support and additional revenue for the businesses located in downtown Reno,” said Scott Dunseath, Riverwalk Merchants Association 2014 President and owner of Reno eNVy.”

With the Riverwalk quickly growing to be the culinary epicenter of the city, the Association’s goal is to create quarterly food tours, progressive dining tours, a Riverwalk cookbook and eventually an official Restaurant Week.

The Riverwalk Merchants Association is a coalition of more than 53 businesses located along the Riverwalk in downtown Reno. In addition to “Dine the District” the Riverwalk is home of the ever-popular monthly “Wine Walk” the third Saturday of each month.