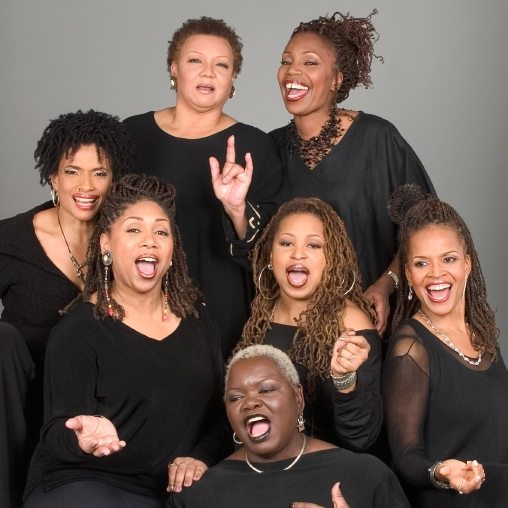 The 2014-15 Performing Arts Series presented by the University of Nevada, Reno has yet another stellar season planned at a down-to-earth price. Bringing some of the finest performers in the world to Nightingale Concert Hall, the series is offering season ticket discounts for its package of five performances, for substantial savings over individual prices.

The 2014-15 Performing Arts Series will feature:

Rooted in African American history and culture and celebrating the inspirations of spirituals, blues, folk, gospel, jazz, popular and world music, the five vocalists of Sweet Honey in the Rock® unite and entertain the world with the common language of song. The New York Times says their a cappella voices “soar in a spectrum of styles few other ensembles could match.” For 40 years, Grammy-nominated Sweet Honey has shared many voices to honor community, as artists, activists and humanitarians. They also welcome the deaf and hearing impaired with the ensemble’s own sign language interpreter during all their performances.

For more about Sweet Honey in the Rock, visit www.sweethoneyintherock.org

Straight out of the 1930s, Vaud & the Villains deliver a rollicking, hip orchestra-and-cabaret stage show full of vintage-costumed musicians, dancers and singers, earning major cred from the L.A. Times: “L.A.’s invigorating jazz-swing-gospel-theater collective generated a storm of energy and freewheeling musicality.” The group’s actor/cofounders have appeared in such series as Showtime’s HUFF and Fox’s House, and toured/recorded with Bruce Springsteen’s Seeger Sessions large-scale band, which was the inspiration for Vaud. (Thank you, Bruce!)

For more about Vaud & the Villains, visit www.vaudandthevillains.com

The five gifted musicians of WindSync have been labeled rebels, revolutionary, boundary-pushing. Hardly descriptors for your traditional chamber music ensemble. But this renowned Houston-based woodwind quintet isn’t your traditional chamber ensemble. They’re a classically trained group with pop-rock sensibilities and growing rockstar status. Young fans clamour for their autographs, their name is a nod to the boy band ‘N Sync, they’ve won international chamber competitions and sold out Carnegie Hall. And their push-the-limits virtuosity is reframing chamber performance: They play from memory and range across the stage like, well… rockstars, respectfully breathing new life into revered old-world traditions.

For more about the Performing Arts Series: http://www.unr.edu/pas

This Canadian folk/roots music powerhouse thrills audiences during visits to Garrison Keillor’s Prairie Home Companion and, with two Juno-Award winning folk Albums of the Year (Canada’s equivalent of the Grammys), The Wailin’ Jennys literally live on the Billboard bluegrass charts. With a wink toward the country legend Waylon Jennings, the Jennys also bring classical and jazz training to their work as vocalists and instrumentalists. They’ve wowed The Christian Science Monitor: “The Wailin’ Jennys make impossibly beautiful music. Three celestial voices combine in airtight harmonies…” And Huffington Post compares them to Emmylou Harris, Linda Ronstadt and Dolly Parton, rolled into one hot trio of vocal brilliance.

For more about The Wailin’ Jennys, visit www.thewailinjennys.com

The idea — simple scripts, a couple actors, some crazy noises — all started in a coffee shop in Austin, Texas. It’s now a lot bigger than that: A sound-effects genius, an emotion-wielding keyboardist, three actors voicing tons of wacky characters, and 1,200 vintage-cool illustrations projected over the stage, all telling the story like a 1930s radio play with decidedly 21st-century spins. The plot? A Pulitzer-Prize winning reporter, an evil hypnotist, a time-traveling librarian, alien sludge monsters, outrageous overacting, horrific accents, and sounds for EVERYTHING. “… a big-hearted homage to old-time radio drama… melds the retro appeal of radio serials with the cutting-edge cool of the graphic novel.” ~ The Wall Street Journal

For more about The Intergalactic Nemesis, visit www.theintergalacticnemesis.com

All performances will be held at 7:30 p.m. in Nightingale Concert Hall in the Church Fine Arts Building, just south of 14th St. on North Virginia St., at the University of Nevada, Reno. Parking is free on arts events evenings after 7 p.m., in the Brian J. Whalen Parking Complex on North Virginia St., just north of the Church Fine Arts Building and south of Lawlor Events Center.

Season ticket holders receive first-choice premier seating for all five performances and the best deals possible at these levels:

* Family/$165 (save 14%; family season package includes one adult admission and one student age 17 or under)

* Youth/Student/$60 (reserved seating for the series)

Children under age two are admitted free when accompanied by a paying adult; child must sit on a lap unless there is space available.

For season tickets, call the University of Nevada, Reno arts365 line at (775) 784-4278, or Extended Studies at (775) 784-4046, or download an order form on the Performing Arts Series website at www.unr.edu/pas . Individual tickets will be available after Sept. 1, and may be purchased in person (without a convenience fee) at Lawlor Events Center Box Office, 1500 No. Virginia St., lower level, open weekdays from 10 a.m.-5 p.m., or (with a convenience fee) at www.unr.edu/pas . For more information about the University’s Performing Arts Series, call (775) 784-4046, email [email protected] or visit: www.unr.edu/pas . For additional performance, gallery and arts events at the University of Nevada, Reno, visit: www.unr.edu/arts .

The Performing Arts Series is presented by the University of Nevada, Reno School of the Arts and Extended Studies, who wish to thank these great supporters: The Associated Students of the University of Nevada and the Graduate Student Association; the Nevada Arts Council, a state agency; National Endowment for the Arts, a federal agency; the City of Reno Arts and Culture Commission; Western States Arts Federation; the Fulton Fund; the Edna B. and Bruno Benna Excellence in the Fine Arts Endowment; and Sierra Arts. Accommodations for guest artists have been provided by Circus Circus Hotel and Casino and by Silver Legacy Resort Casino.