Man arrested for lewdness with a minor under 14 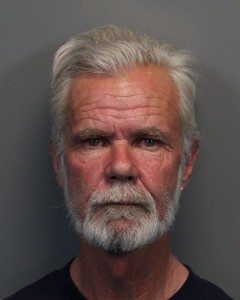 On July 23 Reno Police officers responded to Mira Loma Park on the report of a suspicious subject.

Officers were informed that a 6-year-old child, who had been playing in the park with other children, was approached by an unknown male subject. The subject appeared intoxicated, made suggestive comments to the child and then began to touch her on her upper thigh.

Officers met with additional children who witnessed the incident and were able to identify the subject. The subject, Martin George, was subsequently arrested and booked at the Washoe County Jail for lewdness with a minor under 14.