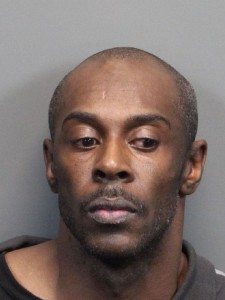 On May 7, 2013, Dale approached a truck, occupied by Robert Shontz, while it sat at the stoplight at Atlantis Driveway, waiting to turn left.  Dale and Shontz had never met and no words or gestures were exchanged between the two.  Dale reached for the passenger side door, and, when he could not open it, began firing into the cab of the vehicle. Dale fired two shots, striking Mr. Shontz in the head and the right arm before Mr. Shontz stepped on the gas trying to get away. Dale held onto the vehicle and fired two more shots at the cab of the vehicle before falling off the vehicle. Reno Police were quickly on scene and made contact with Dale seconds after the shooting.

Shontz was taken to the trauma center where a 32 caliber slug was removed from between his scalp and skull, directly behind his right ear. To date, the bullet that entered his right arm has not been removed.

The entirety of the incident was captured on two separate Atlantis security cameras. Eyewitnesses also stated that a man in dark hoodie approached the truck and almost immediately began firing into the vehicle.

The presiding Judge was the Honorable Elliot Sattler.  Defense counsel for the defendant was Marc Picker and Carl “Bill” Hart.  Sentencing is set for September 4, 2014.  The attempted murder conviction carries a potential sentence of up to 40 years in prison. The Battery with a Deadly Weapon causing Substantial Bodily Harm carries a potential 15 year sentence in prison. Both Discharging into a vehicle and Ex-Felon in Possession of a Firearm charges carry a potential 6 year sentence.  The State has filed notice of the intention to seek a Habitual Criminal determination against Dale.