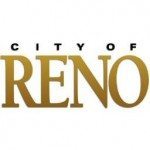 In June 2013, the City of Reno underwent an Insurance Service Office (ISO) survey to evaluate its Public Protection Classification. After the ISO adjusted its original designation, the City of Reno has received a prestigious Class 2 rating.

Commonly referred to as a municipal ISO rating, the classification system utilizes a 100-point system, assigning a rating from 1 to 10. Class 1 represents the best public protection, and Class 10 indicates no recognized protection.

In a 2014 report, ISO rated nearly 50,000 municipalities nationwide; only 750 cities (or 1.5 percent) were rated as a Class 2 municipality. The majority of cities are rated between a Class 4 and Class 7.

ISO’s Public Protection Classification Service gauges the fire protection capability of local fire departments to respond within their jurisdictional boundaries. ISO collects information on a community’s public fire protection and analyzes the data utilizing a Fire Suppression Rating Schedule. Three major areas are examined: the communication center where emergency calls are received and dispatched, the capabilities of the fire department, and the water supply system that serves the jurisdiction.
ISO’s classification system plays an important role in the underwriting process insurance companies utilize when determining policy rates. ISO ratings are not the sole component of rate determination but are a part of a larger formula that companies utilize in determining insurance rates.
“For the citizens of Reno this is great news in that they could realize a savings to their insurance rates,” Reno Fire Chief Michael Hernandez says, “although individual property owners should contact their insurers to determine if they qualify for reduced rates.”
More on the City of Reno’s Public Protection Classification rating

ISO provides a mechanism to appeal any portion of the survey in which a municipality determines an error may have occurred in the evaluation process. Reno Fire Department staff requested a reevaluation, specifically the arson investigation, public education, and code enforcement sections. ISO recently completed its evaluation and has adjusted its score for the City of Reno to 86.24, a Class 2 rating.