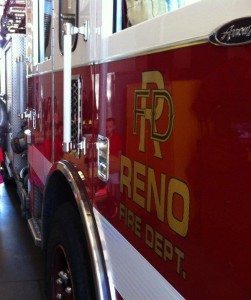 CITY OF RENO — The City of Reno conducted a Special Budget Workshop today and is closer to reallocating nearly $2 million to fund 21 firefighter positions through Fiscal Year 2015 and potentially beyond.

Staff recommended to Reno City Council various options for reallocating $1,985,951 in the General Fund. Council conceded $105,000 (out of $140,000) of its travel and discretionary funds to help prevent the closure of Traner Pool and the reduction of operation hours at Evelyn Mount Northeast Community Center.

In addition, Council decided to defer certain staff recommendations until a later date, which necessitates a follow-up budget workshop that will be held on August 6 at 1 p.m. at the Regional Public Safety Training Center. Council will reexamine such recommendations as the elimination of three Sierra Kids before and after school programs and the Reno Enrichment Center teen program.

Today, Council voted to reallocate $1,488,725 in the General Fund through one-time and deferral options. The breakdown of these allocations are as follows:
$443,110 – delaying a Reno Police Department academy and the training of emergency dispatch personnel
$200,000 – Reno Fire Department severance pay, fuel, and operation capital
$56,000 – employment of a tree maintenance worker will be delayed for one year
$13,000 – removing the ice rink maintenance trailer, which eliminates rental fees
$50,000 – assessment fee revenue transfer from the Municipal Court Fund
$99,186 – employment of a Municipal Court Marshal will be delayed for one year
$105,000 – concessions from the City Council’s discretionary and travel funds
$143,677 – continuation of a city-wide hiring freeze through September 5, 2014
$250,000 – holding vacant positions until the severance liability is covered
$100,000 – modifications of the Master Plan process
$28,752 – City Council givebacks for car and phone allowances
The breakdown of the ongoing savings of $288,026 are as follows:
$50,000 – elimination of a vendor contract for IT services
$55,706 – elimination of video services position combined with the addition of video contract services
$32,000 – reduction of salary for a parks maintenance worker
$52,320 – elimination of the City’s membership and travel budget for the League of Cities, Sister Cities, and the U.S. Conference of Mayors organizations
$5,000 – elimination of a City-hosted Legislative event
$75,000 – amendment of the Legislative Lobbyist Contract
$18,000 – elimination of a temporary Public Works position
At the August 6 workshop, Council will be tasked with re-budgeting an additional $209,200. A majority of today’s approved savings are one-time options that will have to be revisited in the future.

“We’re closer to solving the problem in the short term, but this budget augmentation is not sustainable,” Reno City Manager Andrew Clinger says. “We’re still projecting a structural deficit for Fiscal Year 2016 and beyond.”

Today’s public workshop became necessary as a result of the June 24, 2014 ruling by District Judge Lidia Stiglich to grant a preliminary injunction in the lawsuit between International Association of Firefighters (IAFF), Local 731, and the City of Reno.