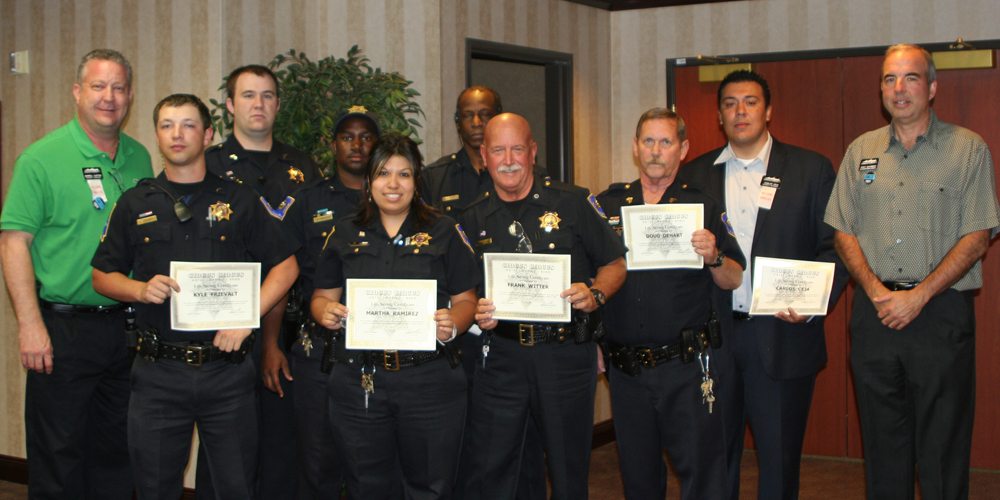 Gamar Benton was recognized for his action in saving a gentleman who was choking inside the casino. Using an abdominal thrust he was able to successfully clear the gentleman’s airway. This type of training is mandatory for all security officers at Circus Circus Reno for such occasions.

In a separate occasion, several security officers helped a guest who appeared to have convulsions on property. Those security officers were David LeFrance, Kyle Frievalt, Jerome Dunn, Frank Witter, Doug Dehart, Martha Ramirez and Carlos Ceja. When the officers arrived on the scene, they did not hear, see or feel the guest breathing. The entire time the guest was unresponsive and not alert. The security officers administered CPR and they also used an AED, automated external defibrillator, to check the guest’s vitals. REMSA arrived on scene and took over the care of the guest and they were able to locate a pulse before transferring him to St. Mary’s. We have been told this guest is now doing fine and has been released from the hospital and the quick acting of CPR dislodged a blood clot that caused the distress.

We are so grateful to all of our security officers who train constantly for the ultimate fearless act—saving a life. Special thanks to all these officers for their relentless service to others and their quick action that saves lives. We are proud of the team we have at Circus Circus.