By ThisIsReno July 22, 2014
Photo Credit: Jeannie Stafford/USFWS. A greater sage-grouse male struts at a lek (dancing or mating ground) near Bridgeport, CA to attract a mate. 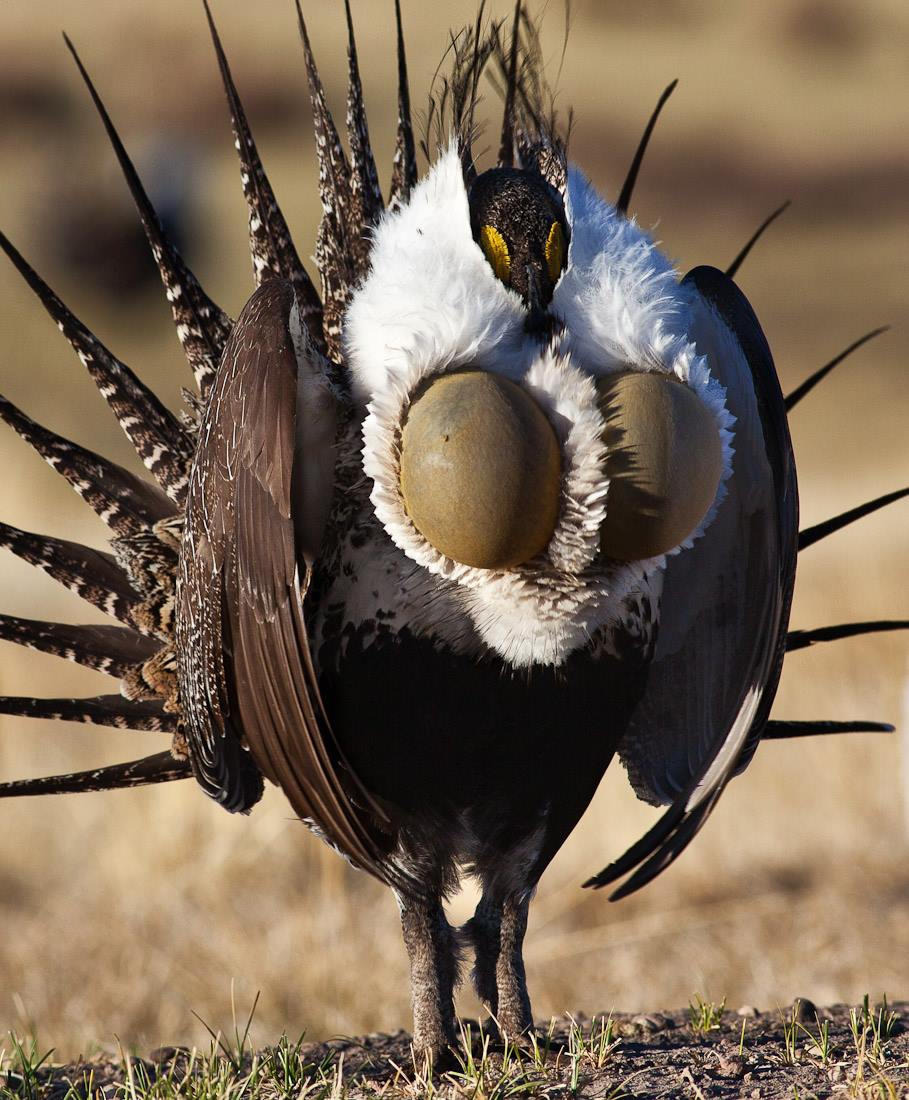 SUBMITTED NEWS — The sage grouse straddling the California and Nevada border now have a fighting chance to recover and thrive without a need for listing under the Endangered Species Act. The Sage Grouse Initiative commends a group of unsung champions from ranchers to conservationists to agencies who have quietly worked for the past decade to craft the 2012 Bi-State Action Plan and put it into action. SGI now features the Bi-State Local Area Working Group as a shining model of cooperative conservation.

“The Bi-State Local Area Working Group has provided the foundation upon which effective long-term sage grouse conservation can build,” said Tony Wasley, director of the Nevada Department of Wildlife, and co-chair of the Executive Oversight Committee for Bi-State sage grouse. “Without the interest, dedication, and desire of the working group, sage grouse conservation would be vastly more difficult.”

The stakeholders and sage grouse experts put countless hours into meetings, field tours, and reviews to come up with a comprehensive plan that addresses the habitat needs of a special population of sage grouse that are distinctly different from the greater sage-grouse. The U.S. Fish and Wildlife Service had proposed in October 2013 to list the population as threatened under the ESA, citing lack of certainty for implementation of the plan as the primary reason.

On June 20, Agriculture Secretary Tom Vilsack announced USDA’s landmark agreement to accelerate and focus conservation efforts to carry out the local Bi-State Action Plan. USDA will provide up to $25.5 million of conservation investments as part of its contribution to delivering the federal, state and local plan. USDA’s announcement was bolstered by Bureau of Land Management’s (BLM) companion announcement which provided an additional $6.5 million boost to proactive bi-state recovery. Combined with the additional commitments from other Bi-State partners, this announcement marks the single largest sage grouse restoration commitment in history and provides for full implementation of the plan. Focus is now shifting to accelerating conservation on the ground. The USFWS will make a final ESA listing decision by April 2015.

To discuss the 2012 Bi-State Action Plan and for information on how to contact the various stakeholders on the Bi-State Local Area Working Group, please contact Thad Heater, NV NRCS State Biologist at: 775-857-8500, ext. 144, email: thad(dot)heater(at)nv(dot)usda(dot)gov