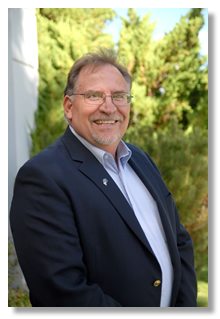 “Mike has been a trusted member of my Cabinet since day one and brings with him a wealth of knowledge and experience in state government and budget management,” said Governor Brian Sandoval. “Throughout his career at DHHS, Mike has proven himself to be a valuable leader and a strong asset to the state. I am very pleased he has agreed to join my office and continue serving the people of Nevada in this capacity.”

Willden has served as Director of the Department of Health and Human Services since July 2001, first appointed by Governor Kenny Guinn, reappointed by Governor Jim Gibbons, and appointed again by Governor Brian Sandoval. He is responsible for oversight of the largest department in Nevada state government with nearly one-third of the state budget and over 5,000 employees.

“While I have immensely enjoyed my nearly 40 year career at the Department of Health and Human Services, I look forward to working in my new role with Governor Sandoval,” Mike Willden said. “I am extremely humbled by the opportunity, and I am honored to be considered for this new role.”

As a member of the Governor’s Executive Cabinet, Willden also serves as a member of the Food Security Council, the Behavioral Health and Wellness Council, the Silver State Health Insurance Exchange, the Information Technology Advisory Board, the Nevada Crime Commission, the Nevada Commission on Aging, the Attorney General’s Substance Abuse Working Group, and the Graduate Medical Education Task Force.

“I would like to thank Gerald for his hard work and dedication throughout his service to my administration,” said Sandoval. “Gerald has played an important role in our workforce and economic development efforts and was instrumental to the success of the 2013 legislative session. I wish him the very best in his future endeavors.”

“It has been an absolute privilege to work for Governor Sandoval as his Chief of Staff,” Gerald Gardner said. “I am grateful to have had the opportunity to serve him and his cabinet. My family and I are very excited about this next chapter in our lives.”

Romaine Gilliland has been appointed to serve as the Director of Health and Human Services. Gilliland previously served as the Administrator of the Division of Welfare and Supportive Services, held key financial positions in both DHHS and the Department of Employment Training and Rehabilitation, and served as the Interim Health and Human Services Director for Carson City. While at DWSS, Gilliland was a member of the Governor’s Work Force Investment Board and a member of the Children’s Cabinet. Gilliland is a Certified Public Accountant.