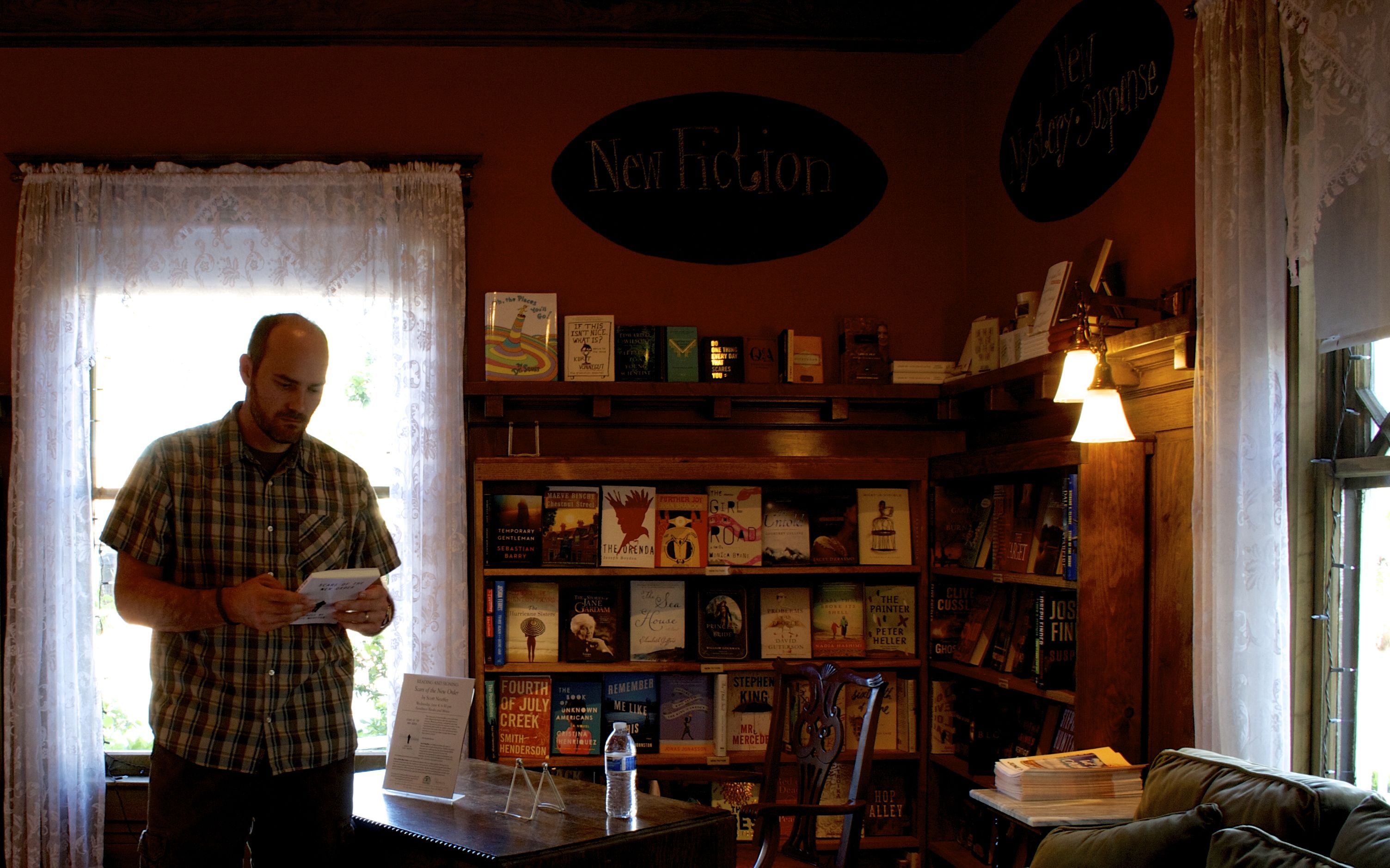 Neuffer is a freelance writer, with a background in reporting. He wrote , “Scars of the New Order,” as a beat reporter, and said that fiction became a way to express the personal and community trauma he has experienced through out his life.

When most people walk into the Sundance Bookstore, the atmosphere has a home-like feeling. With separate rooms dedicated to the variety of genres for books, ranging from the mind,body, and spirit, or children’s books, to even a kitchen to quench your caffeine craving.

It was only fitting for Scott Neuffer to read in the room dedicated to Nevada and New Arrivals. Neuffer kept the home-like atmosphere and warmly greeted each guest with a hello and conversation.

Minutes later he explains the reasoning behind each of the eight short stories. Neuffer chose to read his favorite of the bunch, “Youth Begone.”

The first three stories in the collection are about Manny Cash, a character he refers to as his evil alter ego.

“Youth Begone,” draws from a memory of a girl in a snow cave and is a farewell to the Cash character.

Neuffer begins to walk back and forth, transferring his audience into the world of 28 year old Manny Cash.

With a soothing tone he reads the detailed pages and brings the audience back in time where, Cash is trying to make sense of something he is chasing, but can’t quite figure out what it is.

He [Cash] is really emblematic of guys in my generation, who grew-up wanting to go have a good time. That said, “He gets thrown in some very serious situations and has to grapple with some painful stuff.”

“Scars of the New Order,” is available at Sundance Books, 121 California Ave. ​