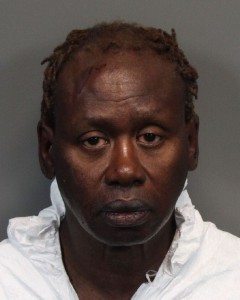 Once officers arrived they were met by the male suspect who reported that he had “killed” the female occupant. The suspect surrendered to authorities and was taken into custody. He was booked on a parole violation pending investigation. The identification of the deceased female will not be released until next of kin can be contacted.

The suspect is identified as: Zollie Edward Dumas BMA-01/25/1953 (AKA: Sabrina Starr Dumas)
The Reno Police Department is asking for the public’s assistance, anyone having information relating to this crime or the suspect(s) should contact the Reno Police Department at 334-2115, Secret Witness at 322-4900, www.secretwitness.com, or text the tip to 847411 (TIP 411) keyword – SW