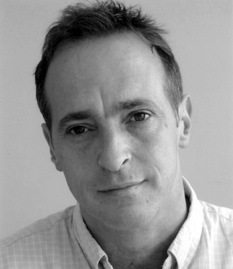 What: Best-selling humorist David Sedaris will celebrate the paperback release of Let’s Explore Diabetes with Owls with a talk and a book signing at Sundance Books and Music.

Cost: The event is free and open to the public.

About the Event: David Sedaris will address the audience from Sundance Books and Music’s front porch at 6:30 pm followed by book signing and a parking lot party. Sedaris fans are encouraged to hang out, grab a bite to eat from one of Reno’s local food trucks, and visit with friends as they wait in line to meet Mr. Sedaris and have their book(s) signed.

Book signing: We are expecting an enthusiastic turn out. Rest assured: David Sedaris will keep signing books and shaking hands until he’s made his way through the entire line.

Book purchasing: Let’s Explore Diabetes with Owls and other David Sedaris titles will be available for purchase at the event. Those who would like to avoid standing in line to make book purchases can pre-order and pick up their books from Sundance Books and Music ahead of time.

About David Sedaris: With sardonic wit and incisive social critiques, David Sedaris has become one of America’s pre-eminent humor writers. The great skill with which he slices through cultural euphemisms and political correctness proves that Sedaris is a master of satire and one of the most observant writers addressing the human condition today.

David Sedaris is the author of Barrel Fever and Holidays on Ice, as well as collections of personal essays, Naked, Me Talk Pretty One Day, Dress Your Family in Corduroy and Denim, When You Are Engulfed in Flames, and his most recent book, Let’s Explore Diabetes with Owls, each of which became an immediate bestseller. He is the author of the NYT-bestselling collection of fables entitled Squirrel Seeks Chipmunk: A Modest Bestiary (with illustrations by Ian Falconer). Sedaris’s pieces appear regularly in The New Yorker and have twice been included in “The Best American Essays.” There are a total of seven million copies of his books in print and they have been translated into 25 languages.

From here the story could take many turns. When this guy is David Sedaris, the possibilities are endless, but the result is always the same: he will both delight you with twists of humor and intelligence and leave you deeply moved.

Sedaris remembers his father’s dinnertime attire (shirtsleeves and underpants), his first colonoscopy (remarkably pleasant), and the time he considered buying the skeleton of a murdered Pygmy.

With Let’s Explore Diabetes with Owls, David Sedaris shows once again why his work has been called “hilarious, elegant, and surprisingly moving” (Washington Post).