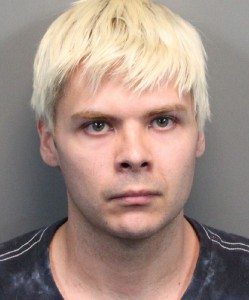 HOCKEMIER is wanted by the Elko Police Department for an outstanding arrest warrant issued on May 1, 2014. He has been charged with multiple counts of sexual assault of a minor under the age of 14. Bail has been set in this case for 3.5 million dollars. HOCKEMIER has been booked into the Washoe County Jail while awaiting removal to Elko, Nevada.

The U.S. Marshals led Fugitive Taskforce was asked to assist with the investigation to locate and apprehend HOCKEMIER by the Elko Police Department. Due to the nature of the alleged offenses this case was made a priority. Working closely with the Elko Police Department, taskforce investigators were able to determine where HOCKEMIER was residing, initiated surveillance, and took him safely into custody.

District of Nevada U.S. Marshal Christopher Hoye stated, “This is yet another demonstration of our commitment to protecting the children of our community from wanted sex offenders. We will continue to aggressively pursue and arrest these fugitives in order to bring them to justice.”