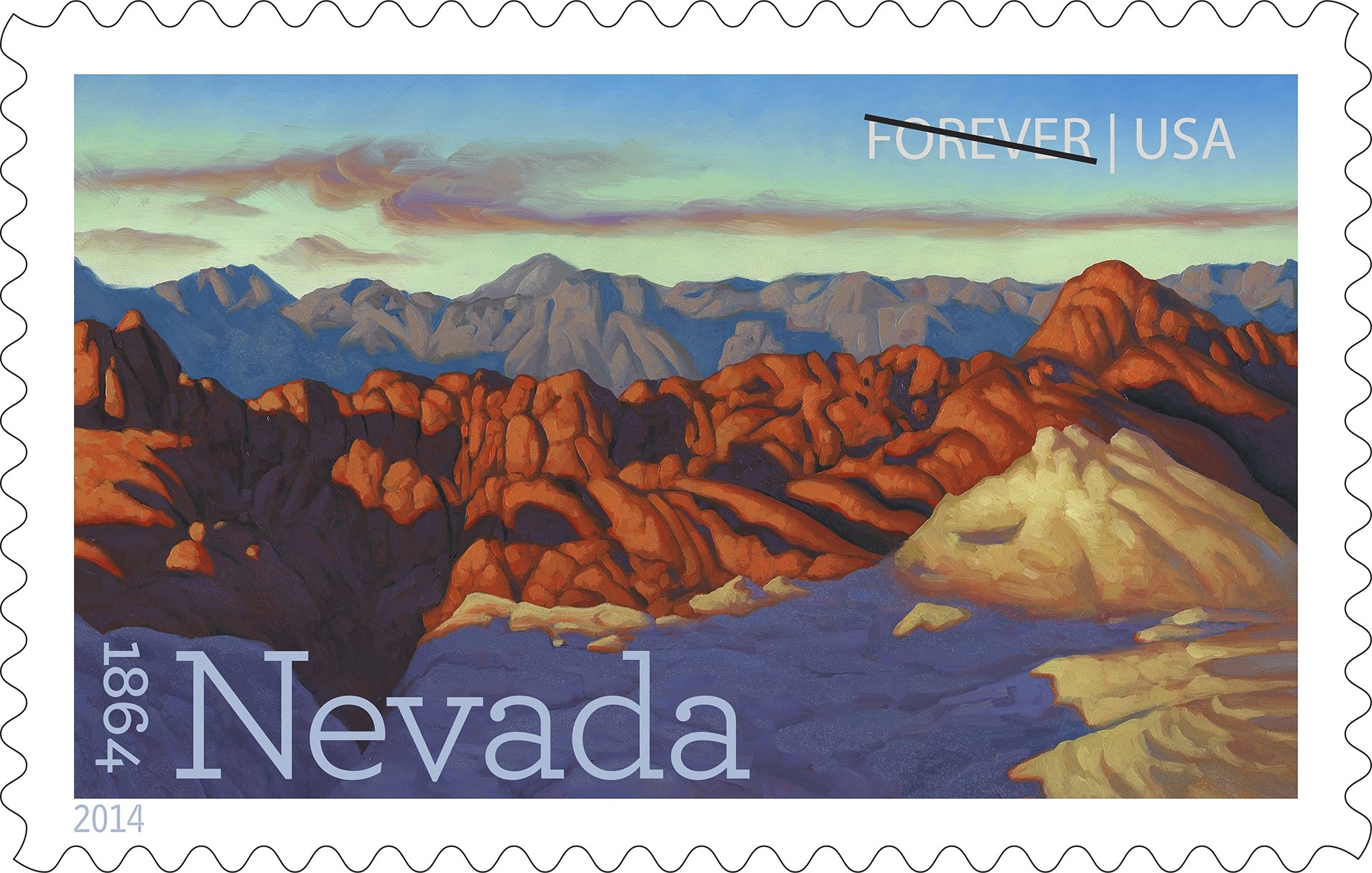 “Nevada is truly one of our nation’s most beautiful treasures,” said former Nevada Congressman and current U.S. Postal Service Board of Governors Vice Chairman James Bilbray. “With so much to choose from, it was difficult to decide on an image the size of a postage stamp to adequately depict Nevada’s revered beauty and history. We chose to feature the Fire Canyon in Nevada’s first state park, the Valley of Fire.”

The Nevada Statehood Forever Stamp is available at Post Offices, online at usps.com/stamps, at the Postal Store on eBay at ebay.com/stamps, and by calling 800-STAMP24 (800-782-6724).

The Story Behind the Stamp

Customers may view many of this year’s other stamps on Facebook facebook.com/USPSStamps, Twitter @USPSstamps, Pinterest pinterest.com/uspsstamps, Instagram instagram.com/uspostalservice or on uspsstamps.com, the Postal Service’s online site for information on upcoming stamp subjects, first-day-of-issue events and other philatelic news.