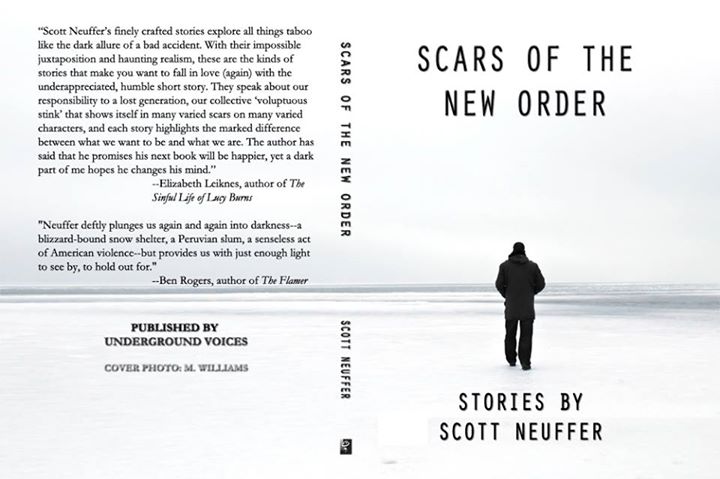 Join Nevada author, Scott Neuffer, as he reads from his new collection of short stories, “Scars of the New Order,” on Wednesday, June 4, 6:30 pm at Sundance Books, 121 California Ave.

Neuffer, a freelance writer, resides in Nev., with his wife Maria and son Andrés. He spent five years as a staff reporter for Sierra Nevada Media Group. Neuffer’s non-fiction writing has appeared in various publications and websites, and he is currently working on a novel.

“Scars of the New Order,” was materialized during his stint as a beat reporter. Neuffer wanted to explore a historical period shaped by millennial youth and aspirations, terrorism and perpetual warfare, economic and political dysfunction and feelings of loss and disillusionment.

Writing fiction allowed him to process the trauma he covered in his community during the Great Recession, as well as trauma in his own family.