May events and entertainment at Grand Sierra Resort and Casino 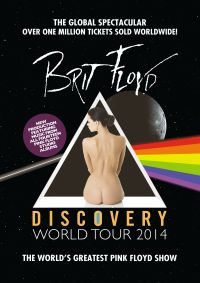 GRAND SIERRA RESORT AND CASINO NEWS RELEASE – The Grand Sierra Resort and Casino offers an array of events and entertainment throughout the month of May.

The Mayweather vs. Maidana fight will be live-streamed at 6:00 p.m. on Saturday, May 3. Live streaming of “The Moment” is throughout the casino floor, inside the Grand Theatre, Sports Book and Wet Ultra Lounge. There is no cover charge and food and beverage specials will be available in the Grand Theatre.

Hear James Blunt sing on Thursday, May 17, at 8 p.m. James Blunt rose to prominence in 2004 with the release of his debut studio album “Back to Bedlam” before achieving worldwide fame with the singles “You’re Beautiful” and “Goodbye My Lover.” The album sold over 11 million copies worldwide. Last year, Blunt released his fourth album, “Moon Landing,” an album about dreams, longing and first love.

Comedian Bob Saget performs 9 p.m. on Saturday, May 24. Bob Saget, widely-known actor and former Full House and America’s Funniest Home Videos star, Bob Saget, brings his 30 years of comedic genius to Reno this May. Don’t miss what is sure to be a hilarious evening. This is an “adult content” performance.

Brit Floyd’s Discovery World Tour 2014 performs 9 p.m. on Friday, May 30. Discovery World Tour 2014 is a spectacular new live production featuring music from all 14 Pink Floyd studio albums, plus a dazzling new light and laser show. Named after Pink Floyd’s recent box set of the same name, the brand new DISCOVERY show will capture, in note-for-note detail, all your favorite moments, as well as a few lesser known gems, from one of the most outstanding and enduring back catalogues in the history of recorded music. The show includes stunning new video animation, theatrics and inflatables.