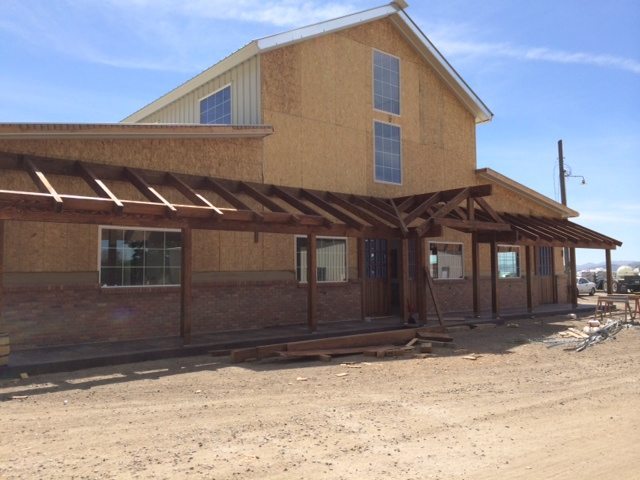 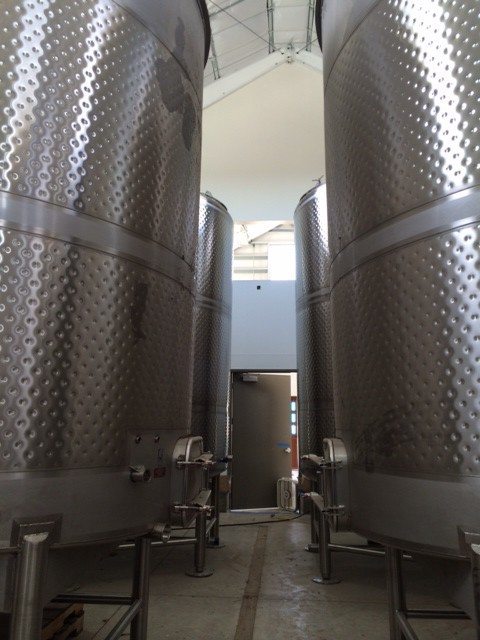 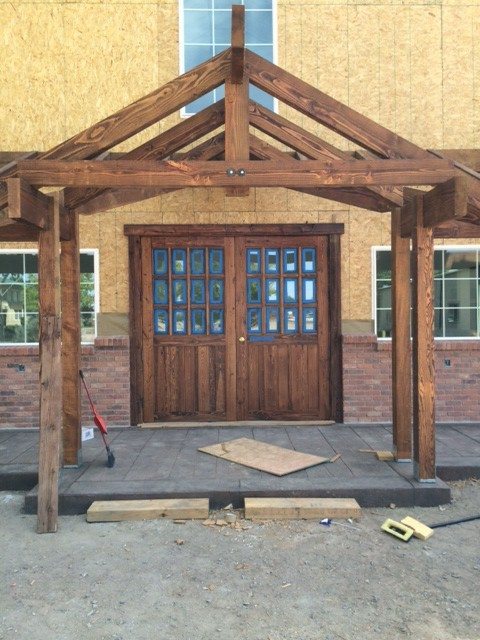 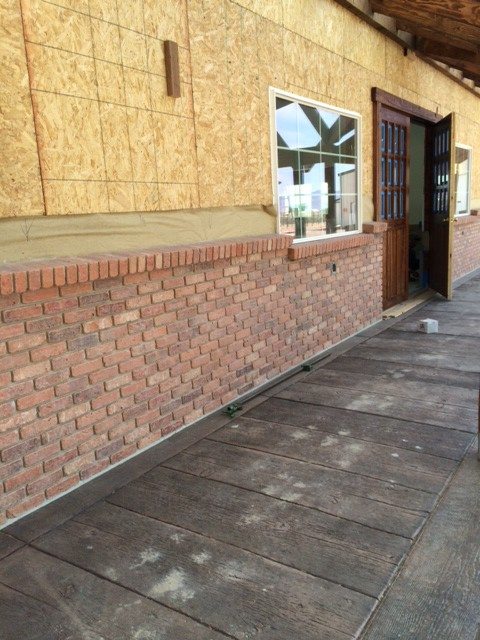 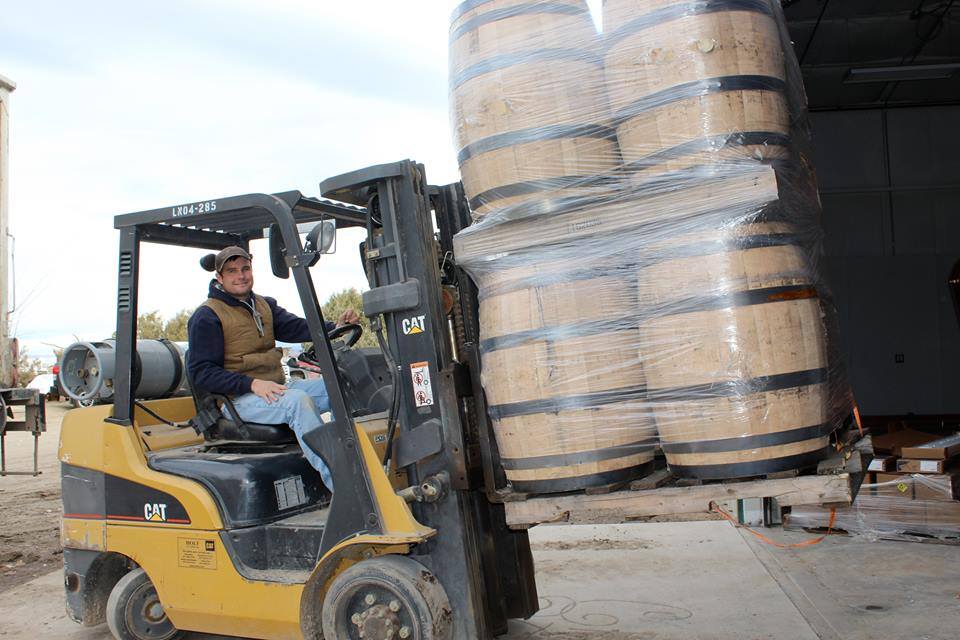 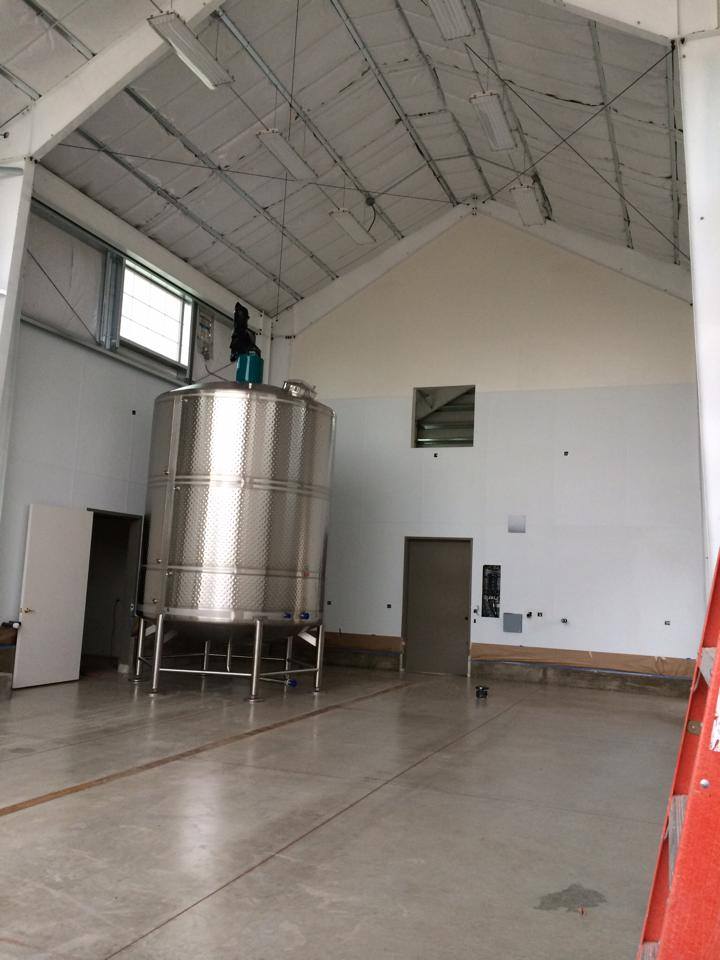 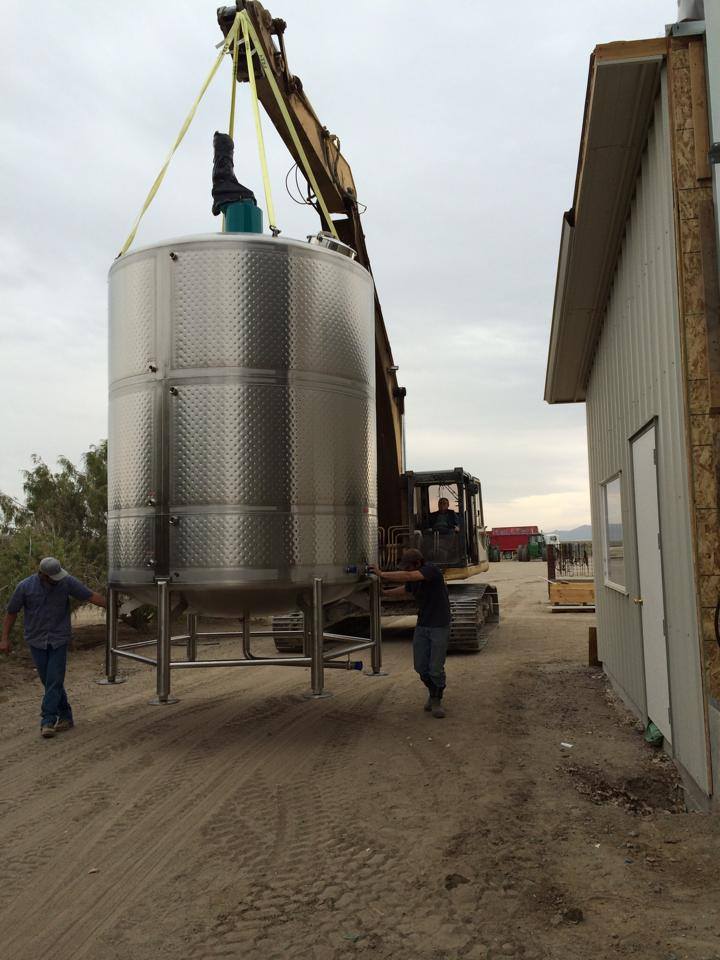 Over the past few weeks, the Frey Ranch Estate Distillery building continues construction, adding fermenters and a brewhouse. New photos also show the front porch frame and brick work have been started.

“The floor in the Still Room is being sealed (May 19-20), and then we can move the still in,” wrote Ashley Frey, owner of Churchill Vineyards and Frey Ranch Estate Distillery.

Frey Ranch is the only estate vineyard in Nevada and the second estate distillery in the United States (the other is 3,000 miles away in New York). Every spirit that bears the Frey Ranch label is grown, distilled and bottled on the property — it doesn’t get any more battle born than that.

Colby and Ashley run the farm with a handful employees. Alfalfa grass, wine grapes, barley, corn, wheat, 10-year-old juniper trees, wild sagebrush, wild rye and wild asparagus grow on the farm’s 1,200-acre space. To frame that for city folk, Frey Ranch’s crop diversity sets it apart from most farms focused on specific crops or related ecosystems (think corn or grass and cows or wheat and barley). The ranch only needs hops to round out the liquor triumvirate.

The Frey Ranch Estate Distillery is still under construction. At the moment it’s waiting for the stills to move into position and finishing the rest of the interior and exterior. Once completed, the distillery will house the entire process for all of Frey Ranch’s liquors, except for its brandy, which will continue distillation in the winery.

This summer, Frey Ranch plans to make vodka, gin and whiskey. A limited volume of the whiskey will also be barrel aged into bourbon for at least two years, but probably four.

With an estate distillery, Colby controls the quality of the product from start to finish and he owns the process. To produce a higher barley yield, he could add more nitrogen to the soil. That would net him more money, but he won’t do it. Too much nitrogen degrades the flavor and he would rather grow better tasting barely even if it means less tonnage.

The ranch grows more grain than needed and local breweries and distilleries clamoring for Nevada-grown grain for their beer will buy the overage. Colby and Ashley see this as one way to build the local brewing and distilling community into a strong local industry in Northern Nevada. It’s one step toward creating a future where the production of beer, wine and liquor play a key role in Nevada.

For the Freys, that future looks like a warm Saturday in August with tourists and locals mingling in the winery, enjoying glasses of estate riesling. Visitors to the ranch sit in old-fashioned rocking chairs on the distillery’s porch, drinking gin made from the juniper berries 50 feet behind them. In the distillery, a couple watches grain pour into the mash house from the observation deck. And all the while, each marvels at how a liquor oasis rose from Nevada’s arid farmland.

For the original story about Churchill Vineyards and Frey Ranch, visit DrinkableReno.com.

Churchill Vineyards requires that you make an appointment to visit.
Go to their website and use the contact form, or call them, 775-423-4000.