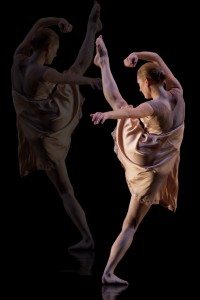 SIERRA ARTS FOUNDATION NEWS RELEASE – Utah’s Repertory Dance Theatre (RDT), based out of Salt Lake City, Utah, are in Reno April 14-16. RDT will teach movement and dance workshops in both private and public settings and also perform a public concert “Sense of Place,” an entertaining evening of dance filled with innovative movement, music, and athleticism that connects audiences with the people and places that make communities unique.

Inspired by experiences touring the county for over 48 years, RDT has developed community-building performances and outreach activities that engage people in understanding, appreciating, and expressing the life, qualities and attributes of their communities.

A movement class open to the public is Tuesday, April 15 from 7:00 p.m. to 8:30 p.m. at Fascinating Rhythm School of Dance, 9736 South Virginia Street, in Reno. This class is offered to those ages 12 and up who have at least three years of dance training. The cost of attending is free, though space is very limited. Reservations are required and can be made online at www.sierra-arts.org or by calling 775-329-2787.

“Sense of Place,” the modern dance concert, includes the pieces “PLACE: Dancing The Green Map” about the importance of sustainability, “Rainwood” a forest ritual, and “Turf” about the definitions of territory. The public performance of “Sense of Place” will be performed at 7:00 p.m. on Wednesday, April 16 in the North Valleys High School theater, 1470 East Golden Valley Road, in Reno. Tickets are $10 at the door.

RDT’s mission, to aid in the decentralization of the arts and to reach audiences outside the metropolitan centers, resulted in the creation of a versatile and flexible national touring company which has been seen in more than 300 cities throughout the United States, Canada, and Europe. RDT has performed for diverse audiences from Bicknell, Utah to Vienna, Austria, in school rooms and opera houses, from gymnasiums to the Kennedy Center. As ambassadors for Utah, RDT proudly represents its community and its art form throughout the world.