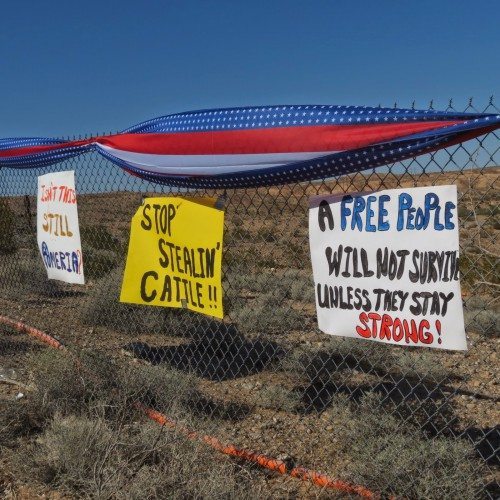 “Due to the roundup by the BLM, my office has received numerous complaints of BLM conduct, road closures and other disturbances. I have recently met with state legislators, county officials and concerned citizens to listen to their concerns.

“I have expressed those concerns directly to the BLM. Most disturbing to me is the BLM’s establishment of a ‘First Amendment Area’ that tramples upon Nevadans’ fundamental rights under the U.S. Constitution.

“To that end, I have advised the BLM that such conduct is offensive to me and countless others and that the ‘First Amendment Area’ should be dismantled immediately.

“No cow justifies the atmosphere of intimidation which currently exists nor the limitation of constitutional rights that are sacred to all Nevadans.

“The BLM needs to reconsider its approach to this matter and act accordingly.”