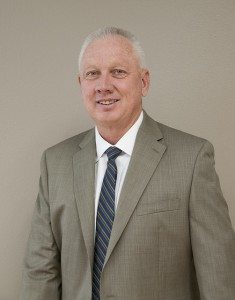 NSHE NEWS — The Board of Regents today appointed Chester “Chet” Burton as the interim president of Western Nevada College (WNC) through June 30, 2016. Burton has served as the acting president since December 2013.

“I cannot imagine finding a person who is more qualified or ready to undertake this leadership role at Western Nevada College,” said Chancellor Dan Klaich who recommended the appointment to the Board. “He moved into the acting position with grace and has tackled tough budgeting issues. His experience uniquely qualifies him for this job.”

Burton served as vice president of finance and administrative services from July-October 2013. He was named officer in charge in October and appointed acting president in December.

Burton worked at WNC as the controller and fiscal director from 2009-11.

His diverse professional background includes 20 years as a supply officer in the U.S. Navy, including stints at the Pentagon and as a legislative liaison at Capitol Hill. He then launched a career in the corporate sector, working for nine years in a variety of roles including controller and finance director at International Game Technology (IGT), a global-reaching gaming machine manufacturer, headquartered in Reno.