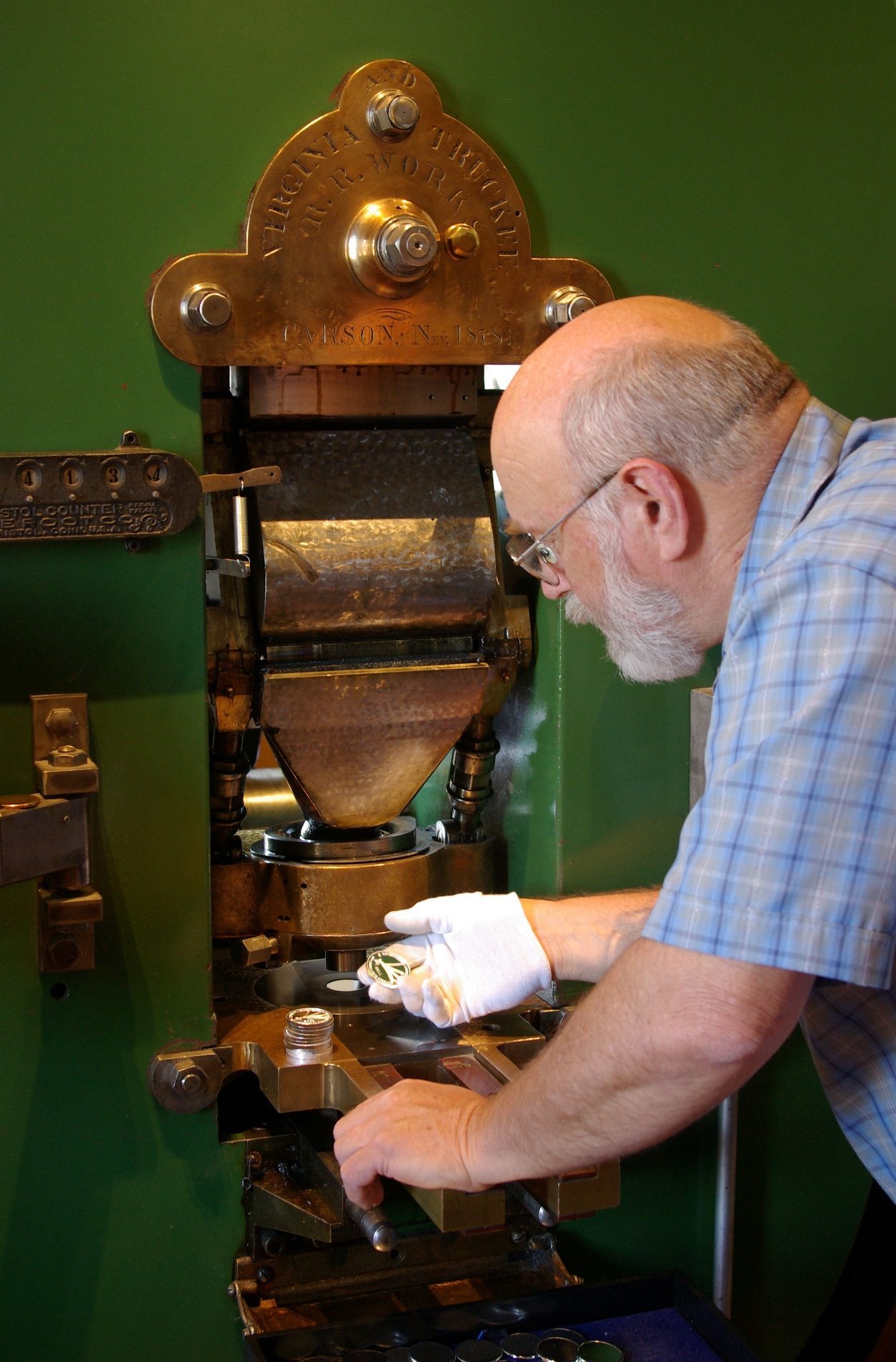 CARSON CITY, Nev. — The Nevada State Museum, Carson City and the Reno Coin Club will join coin collectors from across the United States to celebrate National Coin Week, April 20-26. Nevada’s observance, which has the theme “Celebrating Civic Service,” will run from 10 a.m. to 3 p.m. April 25 and 26 at the museum, 600 N. Carson St. in Carson City. Museum admission is $8, free for children age 17 and younger.

The museum building incorporates the original U.S. Mint in Carson City, and is home of the historical Coin Press No. 1. Placed in service Feb. 11, 1870, Coin Press No. 1 struck its first coin that same year, bearing the soon-to-be famous CC mint mark, a Seated Liberty dollar. For nearly a quarter of a century, it was used to strike most of the larger-denomination pieces produced from 1870 to 1885, and again from 1889 to 1893. Coin Press No. 1 still operates for special occasions and will mint medallions from 10 a.m. to noon and from 1 to 3 p.m. April 25 and 26.

The coin press now is operated and maintained by museum volunteer Ken Hopple of Reno. Under his supervision, the press mints the last Friday of each month.

On the national level, this year’s National Coin Week commemorates the 50th anniversary of the Kennedy half-dollar, according to David Elliott, Reno Coin Club president. New U.S. coins will be available at face value or at cost, and the club will hold its popular coin exchange. The coin club offers a series of programs April 25 and 26. The museum will mint —in .999 fine silver — a special Reno Coin Club 30th anniversary commemorative medallion Friday.

“The historic coin press will operate both days from 10 a.m. to noon and then again from 1 to 3 p.m.,” Robert Nylen, Nevada State Museum, Carson City curator of history, said. The coin club medallions can be bought at the press for $65.

Raffle tickets for the August 2014 Carson City Mint Coin Show and Fair grand prize drawing also will be sold at the April event. Winners need not be present to win. Raffle tickets, available at the museum admissions desk, cost $1 each or 6 for $5. For raffle ticket mail orders, contact Deborah, [email protected] or 775-687-4810, ext. 237.

National Coin Week is sponsored by the American Numismatic Association. More activities are available on www.money.org. For event details, call 687-4810, ext. 239; email to [email protected]; or visit the website NevadaCulture.org.