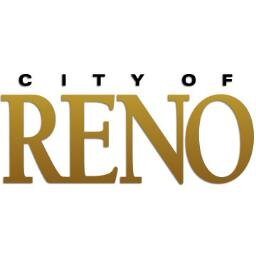 The City of Reno will host the first of two annual Budget Workshops this morning starting at 9 a.m. in the City Council Chambers on the first floor of City Hall. Attendees will receive a current Fiscal Year 14 update, as well as get valuable information on the City Manager’s recommended budget for FY 15.

The City of Reno’s total budget is $352 million. Of that, $159.6 million makes up the General Fund. In light of the recent news that the City of Reno will not receive another federal Staffing for Adequate Fire & Emergency Response (SAFER) grant fund, the City Manager recommends utilizing one-time funding from the Regional Transportation Commission to pay off City Hall debt ($3.7 million), freeing up $1 million each year over the next four years.

The City Hall debt payoff, savings from the recent Rosewood Lakes Golf Course operational agreement with The First Tee of Northern Nevada ($320,000) and efficiencies in the Fire Department budget ($550,800) will provide the ongoing funding necessary for 15 firefighters.

Another top fiscal priority for the City of Reno is to maintain a reserve level of more than 7%. Projected fund balance (reserves) for FY 15 will be greater than 7%, an increase over FY 13, which was only at 4.3%.

“Financial stability has been a top priority of this Council since I arrived at the City of Reno,” says Andrew Clinger, Reno City Manager. “This budget makes significant progress toward that goal by increasing reserves and reducing debt while funding critical public-safety needs as well.”

Fund balance has been increased to more than 7% to enhance the overall fiscal stability and address cash-flow concerns. The City of Reno hasn’t had a reserve level greater than 7% since 2008.